Social media platform Twitter exploded on Sunday with reports that one of the most irritating contestants of this year’s Bigg Boss, Mahira Sharma, had left the competition after she reportedly received the least number of votes. Reports of her eviction came hours after host Salman Khan hinted that she may have to leave the show during the Weekend Ka Vaar show. 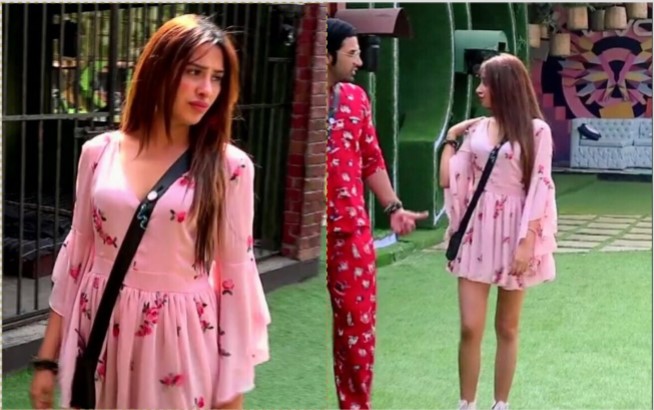 The news of Mahira’s departure was tweeted by Twitter handle The Khabri, which has been accurately leaking the information on the goings-on inside the Bigg Boss house. Its tweet read, “#VotingTrend #12PM #BB13
1 #ShehnaazGill ✔️
2 #ShefaliJariwala ✔️
3 #ArtiSingh
4 #HindustaniBhau
5 #ParasChhabra❌
6 #MahiraSharma ❌

Shehnaaz and Shefali are Safe from Elimination. MahiraSharma Will finally go home this week.”

Shehnaaz and Shefali are Safe from Elimination

Salman kept dropping the hint that Mahira may have to leave the show after she along with Paras were reported to have polled the least number of votes from the audience. This was after Salman crudely reminded her that she ought to have left the show long ago but had survived because of Rashami Desai’s flawed game-plan. Rashami had decided to elect Paras Chhabra the new captain, who then chose to give immunity to Mahira even though the latter was all set to be voted out that week.

In the end, neither Mahira nor Paras left the show since Devoleena Bhatatcharjee was also evicted due to poor health. Meanwhile, fans have been praying for Mahira’s eviction along with Paras for a long time.

She is most irritating n annoying contestant along wid Mahira ??‍♀️

They are so irritating now that I can bear #AartiSingh over them ?? #BiggBoss13 #BB13 #RashmiDesai #TuesdayThoughts

Who else just doesn’t like Mahira Sharma on the show??? The way she talks, the way she argues and the way she screams. Most irritating contestant. #mahiranautankisharma

Mahira’s physical appearance had also become a topic of intense discussion on the show as many contestants called her a lizard with fat lips while others mocked her pimply face.