After weeks of bitter fights with Rashami Desai inside the Bigg Boss house, Siddharth Shukla appears to have made up his mind to dump Shehnaaz Gill aka Punjab’s Katrina Kaif to be with the former. At least, that’s what the latest promo broadcast by Colors TV appears to suggest. The promo also showed Shehnaaz storming out of a press conference organised by the makers of Bigg Boss ahead of the finale week. 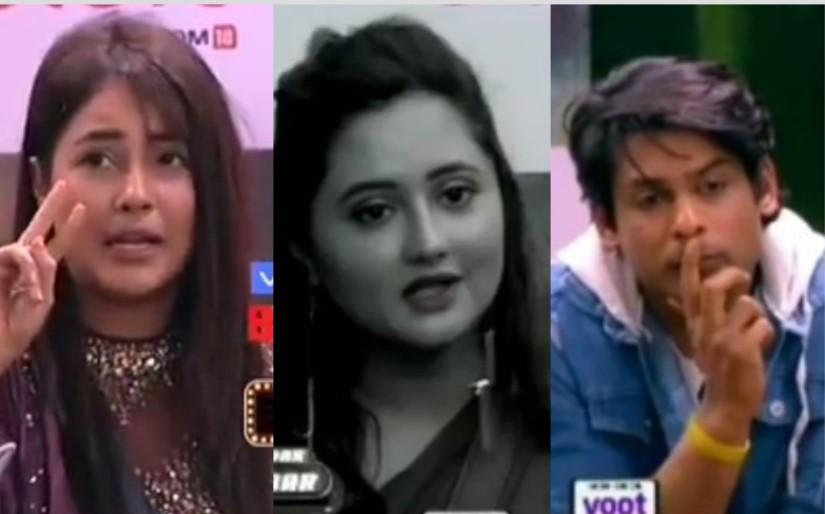 In the press conference, Rashami was asked by a reporter about her feelings towards her boyfriend Arhaan Khan. To which she said, “I am very much clear. I don’t think we can be together in future… No if, no but. I am done.”

Another reported reminded Siddharth that Bigg Boss host Salman Khan had warned him to be ‘alert’ from Shehnaaz since she was falling in love with him. “Is that the reason why you’ve maintained a distance from her since we don’t see you being a good friend with Shehnaaz? Siddharth replies, “I don’t think any such differences or distance have occured between us.”

Shehnaaz replied, “When I am attached with someone, I go too far and become a fool in the process.” Shehnaaz was also asked to explain what being a ‘flipper in the house’ meant. The reporter explained, “bin painde ka lota or bina reed ki haddi wala insaan. (spineless person).” The contestant, who claims to be Punjab’s Katrina Kaif, replied, “People want to make me feel weak and hence they call me flipper. When I take stand for a person, I don’t see if my relationship is ruining.”

The reporter asked if Shehnaaz’s gameplan was to become famous earning a bad reputation. This prompted Shehnaaz to storm out of the press conference.

Shehnaaz had lost her cool at Siddharth last week after he linked her inconsistent behaviour in the house to her character.