Siddharth Shukla has sensationally alleged that Rashami Desai planted fake news in the media about him before the two took part in this year’s Bigg Boss. This is the second serious allegation that Siddharth has leveled against Rashami after accusing her of stalking him till Goa. After the Weekend Ka Vaar show concluded and Sunil Grover and Sunny Leone left the house, Siddharth was heard saying that he was disturbed to learn that he was being projected in a negative manner outside the house after a caller held him guilty for the fight with Rashami Desai over the weekend. 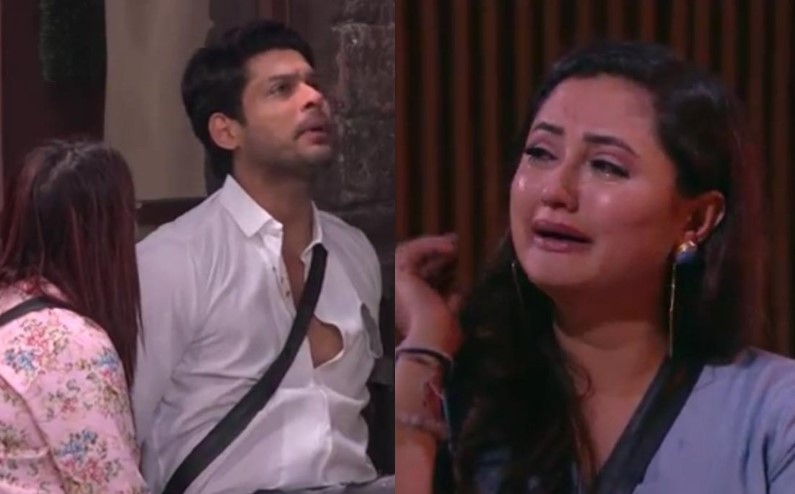 Siddharth told Paras that Rashami would allegedly plant fake news about him in the press when the two worked in Colors TV’s series Dil Se Dil Tak. When Paras asked about the content being planted in the press by Rashami, Siddharth said, “It was pure dirt. The dirt that she (Rashami) used to cause, she used to feed that to press attributing to me. My production house used to wonder and ask me, ‘Bhai, these antics are being caused by her. How come they are blaming you for them?’

Paras and Shehnaaz Gill told him that his aggression was making him look like a villain even if he may have been on right grounds. Shehnaaz expressed her frustration that she had advised Siddharth to not fall victim to Rashami’s provocation but he had refused to pay heed to her advice.

Siddharth’s allegations against Rashami came after Bigg Boss announced the eviction of Arhaan Khan, who along with Shefali Bagga and Madhurima Tuli had polled the least number of votes. Bigg Boss informed Arhaan that he was being evicted from the house for polling the least number of votes. Both Arhaan and Rashami Desai begged with Bigg Boss to delay his eviction for three days so that they could celebrate new year together. But, Bigg Boss rejected their plea and said that Arhaan had to leave.

Earlier Siddharth had accused Rashami of stalking him all the way to Goa. He was heard saying, “bahar ki baat karti hai. Jis din main karne par aa gaya na. Peecha aati hai khud, Goa tak pahunch gayi thi. (She i.e. Rashami talks about our life outside the house. The day I start talking about that phase. It was she who stalked me and had even reached Goa stalking me.)”