In another dramatic development inside the Bigg Boss house, contestant Asim Riaz sealed the mouth of his former friend Siddharth Shukla. Interestingly, this happened right in front of the show’s host, Salman Khan. While sealing Siddharth’s mouth, Asim also advised Siddharth to show control his temper in the new year. 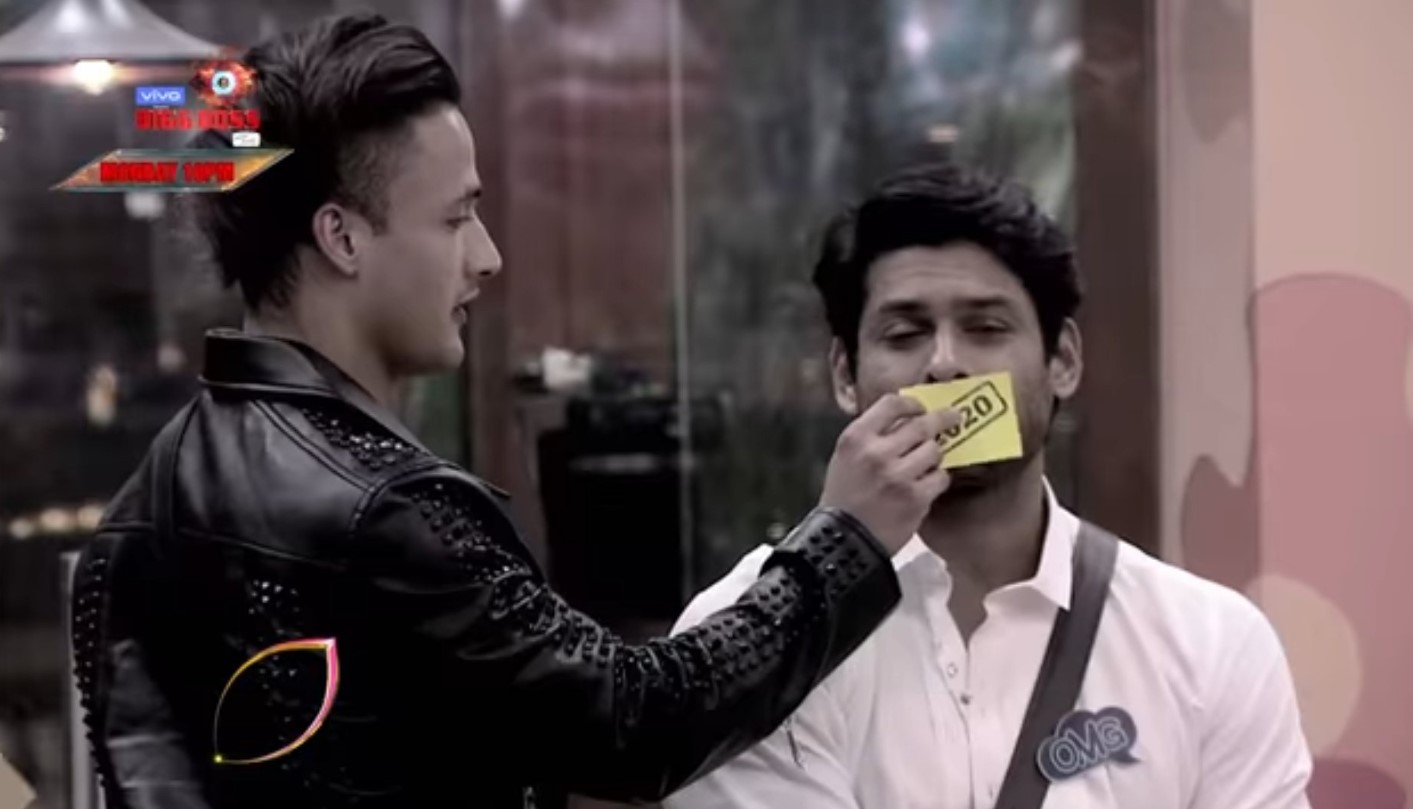 As part of a new task, Salman Khan asked housemates to stick a piece of paper bearing ‘2020’ on the mouth of a contestant who they had a ‘New Year resolution’ for. Asim took the lead and stuck the paper on Siddharth’s mouth and said that he wanted the latter to follow on a New Year resolution to get less angry in 2020.

Rashami Desai stuck the paper on Mahira Sharma’s face advising her to choose her words carefully in the new year. Arhaan Khan too pasted the paper on Siddharth’s face asking him to address women with respect in the new year. Madhurima Tuli targeted Aarti Singh asking her to remember in 2020 that friendship must not always be for some gain adding that she must maintain her friendship with those who she calls her friends.

Shehnaaz Gill, also known as Punjab’s Katrina Kaif, stuck her paper on Rashami Desai’s face advising her to be bold in talking about her relationship with Arhaan. Paras Chhabra chose Asim Riaz for his New Year resolution advice and told him to care about maintaining hygiene in the house in the new year.

The lack of hygiene in the Bigg Boss house had become a topic of intense discussion on Sunday after Salman entered the house to clean the dishes and washroom after several housemates decided to not follow the responsibilities given by the new captain, Shehnaaz Gill.