Shloka Mehta’s frantic celebrations were short-lived as Umran Malik put paid to the hopes of Nita Ambani’s daughter-in-law with his lethal bowling. Mumbai Indians (MI), a team owned by Shloka’s father-in-law Mukesh Ambani, suffered another defeat as they lost to Sunrisers Hyderabad (SRH) by three runs. Rohit Sharma’led side have now suffered defeats in 10 out of the 13 matches played by them in IPL 2022. 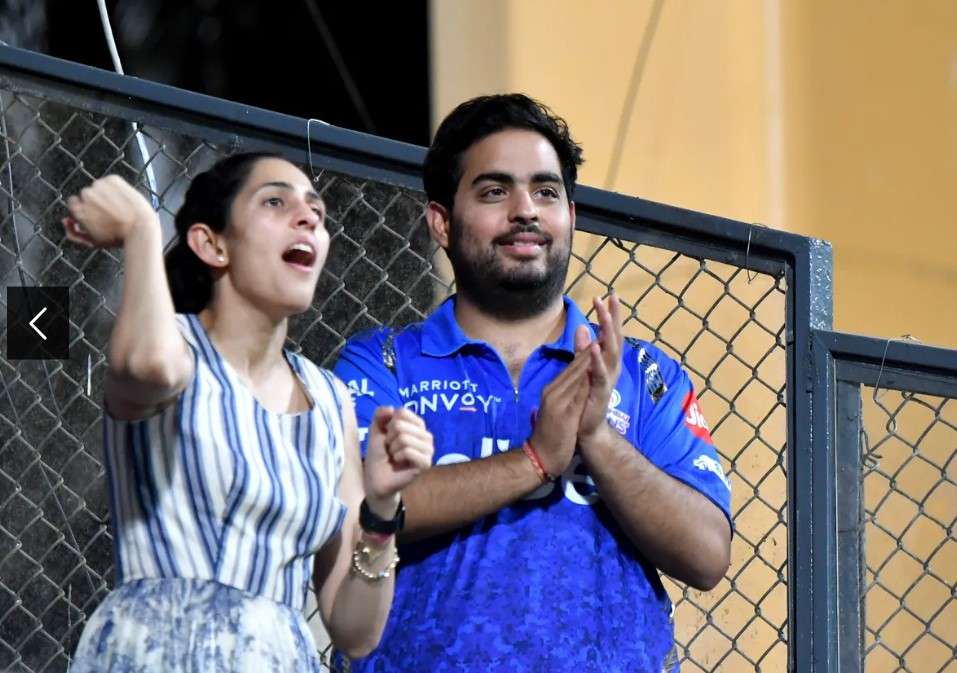 Batting first, Sunrisers Hyderabad amassed a total of 190-7 in 20 overs with Rahul Tripathi rising to the occasion with a knock of 76 from 44 balls. Priyam Garg made 42 from 26 balls, while Nicholas Pooran made 38 from 22 deliveries.

Mumbai Indians started their run chase on a positive note and appeared set to achieve the target as they added 94 runs for the first wicket in 10.3 overs. However, skipper Rohit Sharma fell to Washington Sundar while trying to hit a six and his opening partner Ishan Kishan perished to fast delivery from Umran Malik. Sharma and Kishan made 48 and 43 respectively.

Also Read: In photos: From near-heartbreak to utter joy; how 14.5 overs finally brought joy to Shloka Mehta, Akash Ambani as MS Dhoni suffers another defeat as captain in IPL 2022

Umran didn’t stop here as he scalped two back-to-back wickets in his third over dismissing Daniel Sams and Tilak Verma.

Mumbai Indians suddenly went on the backfoot until they found a renewed hope in Tim David, who hit T Natarajan for sixes in the 18th over. David was eventually out for 46 from just 18 balls. As David launched his onslaught, Shloka and her husband Akash Ambani were seeing frantically celebrating the revival of Mumbai Indians’ innings. But, their joy was short-lived as Bhuvaneshwar Kumar bowled a maiden 19th over and even claimed a wicket.

Tripathi was declared Player Of The Match while Umran bagged another fastest delivery award, 13th in a row. The fastest delivery bowled by Umran today clocked a pace of 154.8kmph. He’s already bowled the second-fastest ball of the IPL history by clocking 157 kmh earlier in the tournament. Malik has now taken 21 wickets in this year’s IPL after 13 matches. After Kagiso Rabada, Umran is the only other fast bowler to cross the 20-wicket mark in this year’s IPL.