When Isha Ambani hosted her pre-Holi bash at her Rs 450-crore bungalow Gulita, her sister-in-law Shloka Mehta and actress Priyanka Chopra weren’t the only people indulging in utter madness while celebrating the festival of colours. A new video shows how Isha’s husband Anand Piramal and Nita Ambani’s to-be daughter-in-law Radhika Merchant had each other drenched in colours. 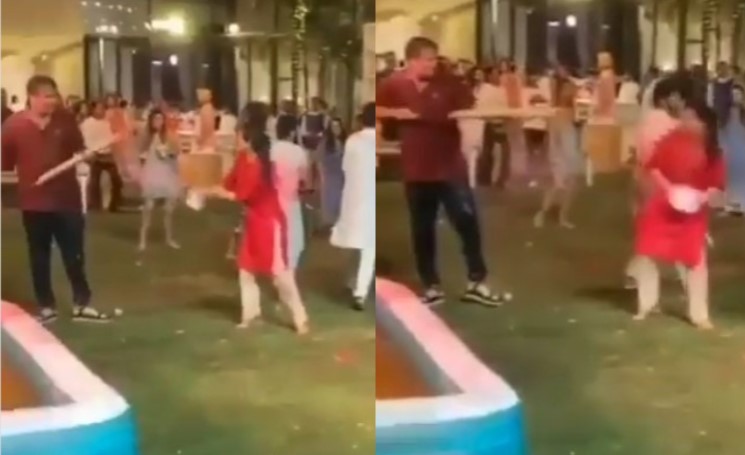 In the video, Anand could be seen spraying colours at Radhika Merchant, who is seen throwing colour-filled water at Isha’s husband from what appears to be a small vessel. Anand then quickly shifts his focus to Isha’s twin brother by spraying colours at him. Akash is seen making a quick exit from there.

Nick Jonas had taken to Instagram to share some photos from the Holi celebrations. He had written, “My first Holi! (Five days early)So much fun celebrating with such incredible people here in my second home in India.” He had also tagged Isha Ambani in his social media post.

Several videos of Shloka and Priyanka Chopra throwing colours at each other had gone viral. In one video, the Ambani daughter-in-law was seen being chased away by Priyanka Chopra as Shloka made valiant attempts to avoid the Quantico actress.

For the occasion, Akash had opted for a tie and dye T-shirt and blue jeans, while his wife Shloka wore a sleeveless crop top and palazzos. The co-ord set added to the casual, yet fun-filled theme of the Holi celebrations. Shloka had stuck to her signature open hairstyle.