Weeks after the controversial reality show Bigg Boss ended, father of Shehnaaz Gill aka Punjab’s Katrina Kaif has found himself in a spot of bother after a 20-year-old girl accused him of raping her on a gunpoint in his car. The Jalandhar Police have booked Shehnaaz Gill’s father Santokh Singh Sukh on charges of rape. Shehnaaz had become one of the most popular Bigg Boss contestants due to her friendship with the last season’s winner Siddharth Shukla. 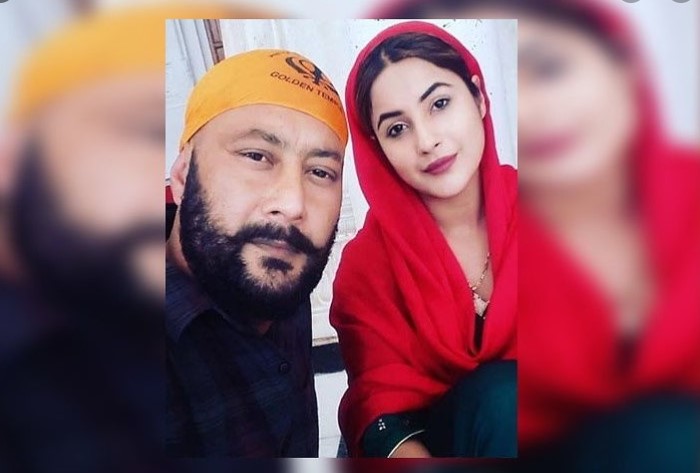 According to media reports, investigating officer of the case assistant sub-inspector Harpreet Kaur said that the police had registered a case on the complaint of a 20-year-old girl, who is the resident of Jalandhar against Shehnaaz’s father Santokh Singh, who’s the resident of Beas in Punjab.

According to the police complaint, Shehnaaz Gill’s father allegedly raped the girl on gunpoint. She alleged that she had visited Beas with another woman friend on 14 May to meet a friend, identified as Lucky Sandhu. According to the complainant, Shehnaaz father forced to sit in his car at around 5.30 PM and raped her.

She decided to come out in the open and file a police complaint against Santokh on 19 May after consulting her friends.

Senior superintendent of police, Amritsar, rural, Vikramjit Singh Duggal was quoted as saying that the police had registered a case under Sections 376 and 506 of the IPC at police station Beas.

Shehnaaz’s father has rejected the rape charge saying that he was at his house on the day the girl has accused him of raping her. He has asked the police to verify his claims by going through the CCTV footage since his house was under surveillance of CCTV cameras.

Santokh also said that even the area where the alleged rape took place was under surveillance of CCTV cameras. He also denied media reports that he was absconding. Shehnaaz’s brother Shehbaz too said that h=their father was innocent.

Shehnaaz’s father had visited her inside the Bigg Boss house. Shehnaaz had to face the music from the show’s host Salman Khan for her shenanigans on many occasions.