This year’s Bigg Boss reality show has been one of the most violent and abusive in recent times with contestants often hurling expletives and physically assaulting each other. The Thursday night saw two contestants namely Shehnaaz Gill, also known as Punjab’s Katrina Kaif, and former TV anchor Shefali Bagga physically assault each other with impunity. Fed up with the contestants’ ugly fight, the Bigg Boss had to intervene and stop the weekly nomination game. 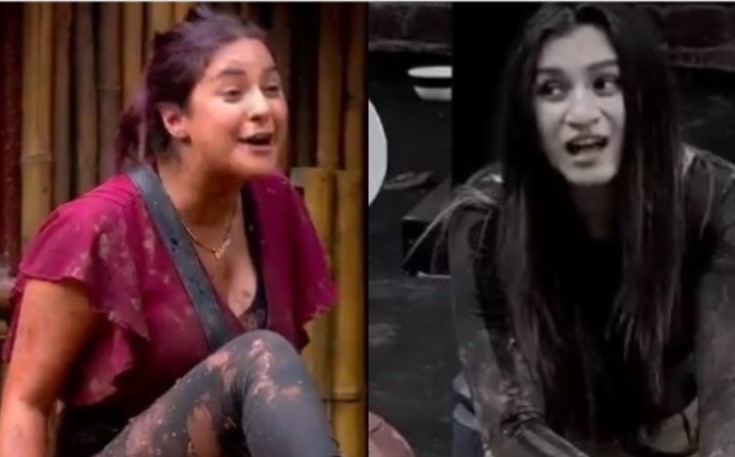 However, even the warning by Bigg Boss wasn’t enough as contestants continued to hurl abuses at each other. Shefali Bagga was accused of physically assaulting Shehnaaz prompting the latter to respond back to push her with clay in her hand. Shehnaaz was also not pleased with Shefali questioning her character.

Shehnaaz also had a heated exchange of words with Mahira Sharma. At one point, the contestant from Punjab was seen sobbing in the corner. She then went to the washroom area and locked herself inside the toilet. The loud sound of her weeping could be heard. Soon her friend Aarti Singh arrived and persuaded Shehnaaz to open the door.

Shehnaaz found plenty of support from Asim Riaz, who was seen having a go at Mahira, Paras Chhabra, Devoleena Bhattacharjee and Shefali. Asim losing cool assumed significance since he was seen fiercely stopping Siddharth Shukla from becoming violent on Wednesday night.

Faced with humiliation by Shehnaaz, Shefali threatened to quit the show.

Frustrated by the shenanigans by the housemates and their refusal to pay heed to the warning, Bigg Boss decided to cancel the weekly task announcing that all contestants will be up for eviction this weekend.

On Wednesday, Siddharth Shukla was seen losing temper prompting Devoleena to threaten to use MeToo allegations against him.