Himanshi Khurana aka Punjab’s Aishwarya Rai has lashed out at Kangana Ranaut by calling her shameless for the latter’s unsavoury tweet targeting peaceful protests by farmers against the controversial Farm Laws. Insulted by Salman Khan in the Bigg Boss house, Himanshi also took a potshot at Kangana’s access to the central government by mocking her VIP connection. 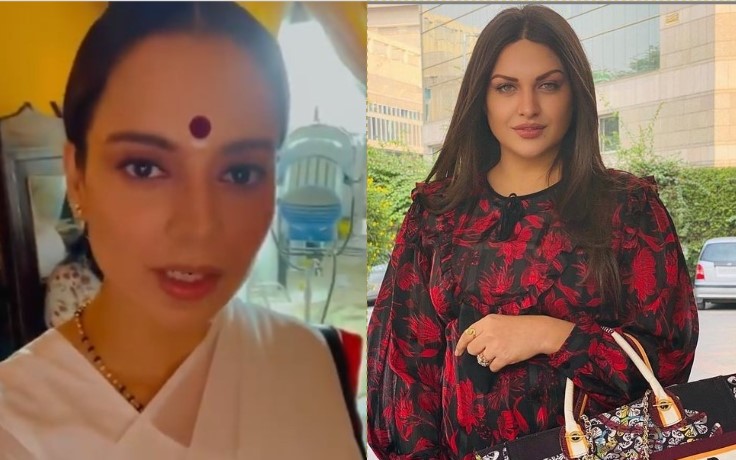 Reacting to Kangana’s tweet, Himanshi wrote, “Apna ghar bachane ke lie thankful hmm miss par dusra apna ghar bchaye to galt .. wahi to sabke paas vip links nahi hote (You are thankful for saving your own house, but when others are staging protests to protect their own homes, then they are wrong).”

Himanshi was reacting to Kangana’s video, where the Queen actor was seen thanking her supporters after the Bombay High Court declared the demolition of her premises in Mumbai by the BMC illegal.

Himanshi also took to Instagram to share a screenshot of Kangana’s video from Twitter to declare her ‘shameless.’ Himanshi wrote, “Oh she’s spokesperson now…..baat ko galt angle dena inse sikhe koi….. taki kal ko ye log kuch kre pehle se hi logo me reason faila dia ko kyun Riot honge….Smart N naa pehli government se punjabi khush the na ab agar hamare CM sahab ake kuch krte to khud thand me Sarko pe na niklte. (One should learn from her how to give a wrong spin so that people can successfully spread the lie that there will riots by protesters tomorrow. Neither yesterday nor today, people are simply not happy with our government. Had our CM taken concrete measures, these people wouldn’t be protesting in the freezing cold today).” 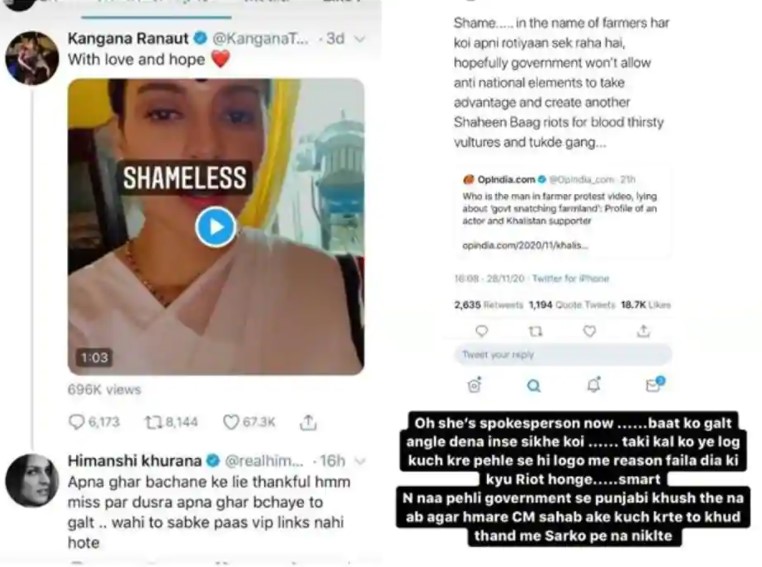 Kangana is also facing a defamation case from a Punjab lawyer for making fun of an octogenarian lady from the state by wrongly claiming that she was same as the Shaheen Bagh dadi.

Himanshi had fallen in love with Asim Riaz inside the Bigg Boss house, where host Salman Khan was seen humiliating her on several occasions. Many had wondered if the reason behind Salman’s ill-treatment of Himanshi was due to the latter’s claim of being the Aishwarya Rai of Punjab. Salman and Aishwarya had reportedly dated each other for many years before their relationship ended on an acrimonious note.