In a setback to Arnab Goswami and Republic TV, the Supreme Court on Thursday refused to entertain their plea in the TRP Scam case. A Bench of Justices DY Chandrachud, Indu Malhotra and Indira Banerjee also said that it was concerned over the growing tendency of police commissioners giving interviews to media outlets. 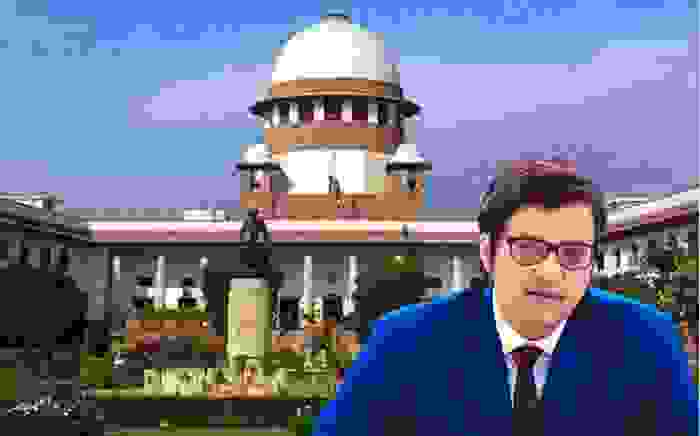 Justice Chandrachud told Goswami’s lawyer, Harish Salve, “You may go to the Bombay High Court to file a 482 petition or a 226 petition. I think your client’s office is in Worli.” He continued, “We must have faith in our HCs. Without the intervention of the HC, it sends a bad message to the HC. They’ve been functioning throughout the pandemic.”

Salve, according to LiveLaw, applied for leave to withdraw the plea.

Justice Chandrachud: We must have faith in our HCs. Without the intervention of the HC, it sends a bad message to the HC. They’ve been functioning throughout the pandemic.

Mumbai Police Commissioner Param Bir Singh had earlier this month sensationally revealed that his team had arrested owners of two Marathi TV channels for allegedly fixing the TRP. Singh had also named Republic TV as the third channel involved in the scam. He had hinted at arresting Goswami and seizing the bank accounts of Republic TV for scrutiny.

Since then, the Mumbai Police have grilled several employees of Republic TV.

Meanwhile, the Broadcast Audience Research Council (BARC) has temporarily suspended news channels’ ratings following a fake TRP scam. A statement by BARC said that it will suspend the measuring of TRPs for at least three months.

Last week, a group of 38 leading Bollywood production houses owned by Shah Rukh Khan, Aamir Khan, Salman Khan, Karan Johar and Akshay Kumar have approached the Delhi High Court against Goswami and his Republic TV seeking to curb the irresponsible, derogatory and defamatory remarks being made against the film industry.

Sushant Ssingh Rajput’s friend and filmmaker, Sandeep Ssingh, too sent a defamation notice to Arnab Goswami claiming Rs. 200 crore in compensation. Ssingh has claimed in his legal notice that Goswami’s colleagues resorted to extortion by sending messages with ‘criminal intent.’ Sharing the legal notice on his social media page, Ssingh said that this was a ‘payback time’ for Goswami and his TV channel.