The news of the tragic death of Congress spokesperson Rajiv Tyagi has stunned his supporters and the followers of Indian politics. Tyagi passed away due to a cardiac arrest moments after he appeared on Aaj Tak TV channel to take part in a show on last night’s violence in Bengaluru. Also joining the programme was BJP spokesperson Sambit Patra, who’s now facing widespread condemnation for launching a personal attack against Tyagi moments before his tragic death. 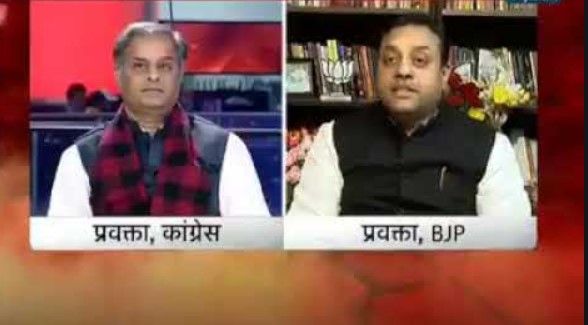 In a video shared by RTI activist Saket Gokhale, Patra was seen calling Tyagi Jaichand (a title reserved for traitors in India) and making fun of his religious teeka. Sharing the video, Gokhale wrote, “Just a few minutes before Rajiv Tyagi ji had a heart attack & passed away, BJP’s vile b*st*rd Sambit Patra was personally attacking him using the most horrific language. Do NOT ever forget this. NEVER!”

Just a few minutes before Rajiv Tyagi ji had a heart attack & passed away, BJP’s vile b*st*rd Sambit Patra was personally attacking him using the most horrific language.

Do NOT ever forget this. NEVER! pic.twitter.com/bV55e1yBCq

In the video, Patra was heard saying, “Our own Jaichands (traitors) have looted our homes. He’s ashamed of taking the name. They are burning houses and here the Jaichand is hesitating to take their names. By applying teeka, you don’t become a true Hindu.”

As Patra launched a tirade, Tyagi made desperate attempts to respond to his charges.

One can see Rajiv Tyagi feeling uneasy during the debate. A true congressman who fought till his last breath on the principles he believed in.

Also, its time media stops these toxic shouting matches that they call debates, especially with likes of Patrapic.twitter.com/wkMUDysDCS

Moments after his TV appearances, Tyagi died due to a cardiac arrest. Reacting to his tragic death, Patra tweeted, “I can’t believe that Congress spokesperson and my friend Rajiv Tyagi is no more with us. Today at 5 PM, we took part in a TV debate. The life is very unpredictable. I am unable to find words.”