Salman Khan was seething in anger when he hosted the Weekend Ka Vaar show on Colors TV on Saturday night. The promo broadcast by the TV channel a day earlier had already shown him issue chilling threats to Siddharth Shukla. Last night, he threatened Asim Riaz to come inside the house and beat him up. Salman was also menacing towards Himanshi Khurana, who he repeatedly humiliated all throughout the show while preventing her from speaking on a number of occasions. 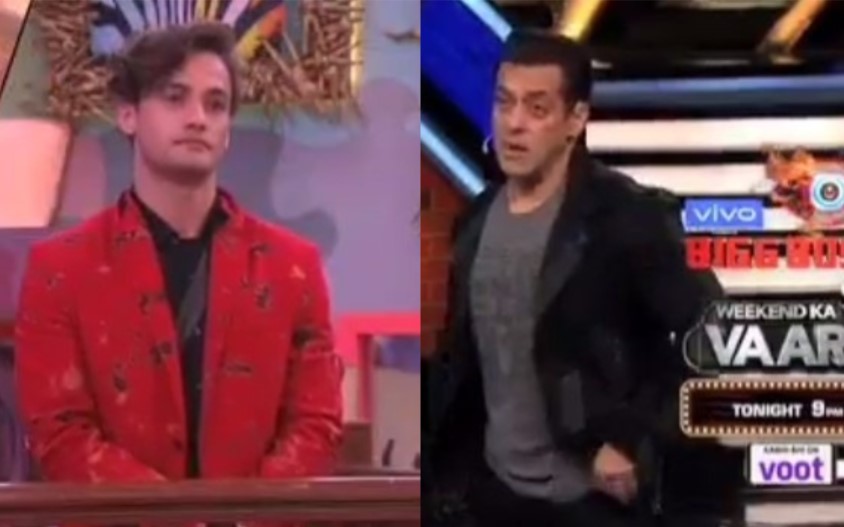 Asim and Siddharth were asked to stand in the witness boxes for their involvement in violence last week. As Salman spoke to housemates, Asim tried to speak. To which Salman said menacingly, “It’s better if you stay quiet. Else, it wouldn’t take long for me to come inside.”

Starting the show Salman said, “If I had my way, I would have evicted one contestant today for pushing another housemate without any provocation. And that contestant is Himanshi Khurana. I am sure you will have a valid defence to justify your actions. But I am not interested in listening to your defence.”

Himanshi later sought to speak, but Salman humiliated her by publicly snubbing her on more than one occasion. At one point, when Shefali Jariwala was defending herself by standing in the witness box, Himanshi intervened to clarify her position on an allegation made against him. Once again, Salman said rudely asking Shefali how her face and voice had changed suddenly. The sarcasm-laden insult left Himanshi in tears.

Salman also chose Himanshi and Shehnaaz to compete with each other in the Sultani Akhada, which entailed beating each other through speech and kind of wrestling. While their speech round received an equal number of votes, Himanshi emerged victorious by defeating Shehnaaz in the physical round.