Bigg Boss host Salman Khan is facing intense criticism from fans for allegedly normalising stalking and cheap antics by contestant Rakhi Sawant on the Colors TV’s controversial reality show. This was after Salman was seen admonishing Abhinav Shukla and his wife Rubina Dilaik even as they looked traumatised by their experience of facing harassment at the hands of Rakhi Sawant. 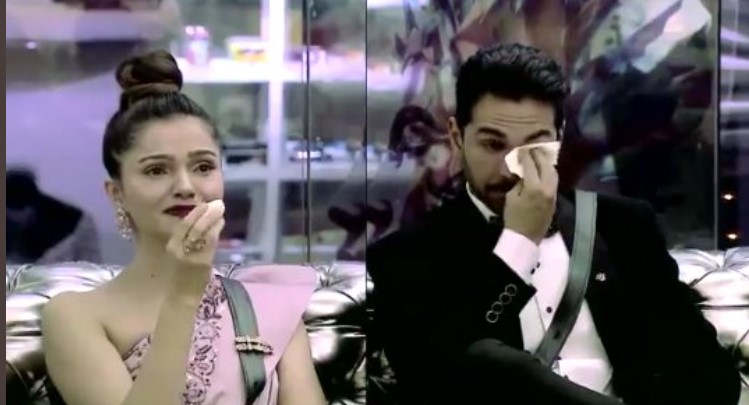 What left fans shocked was Salman admonishing Abhinav for ‘overreacting’ as he asked housemates if Abhinav was benefiting the most from Rakhi Sawant’s antics. “Abhinav, all I am saying is that the way she’s (Rakhi) entertaining, only you are benefiting in the house,” Salman said during the Weekened Ka Vaar show. The Bollywood megastar said there was nothing wrong in Rakhi stalking Abhinav and harassing him even though the same act by a man against a woman would constitute sexual harassment.

Abhinav replied emphatically, “Ok sir, then I don’t want that benefit.” A visibly irritated Salman accused Abhinav of overreacting and said, “Abhinav let me finish. We are waiting what’s going on from inside, we are watching from outside. You don’t need to overreact. OK. If there was something serious, we would have discussed by making it an issue.”

Salman’s stand on Rakhi left fans in a state of shock with many asking if the Bollywood megastar had normalised an act of sexual harassment by Rakhi Sawant.

So sad to see #AbhinavSukla and #RubinaDilaik getting badly cornered in today’s episode. The guy clear looks traumatised with Rakhi’s behaviour and words. Still Rakhi was left with a little scolding and that’s it. Not everything is entertainment. There’s a thin line #BiggBoss14

Imagine if abhinav was pulling the skirt of rakhi and his husband (agar hai) have taken stand against this behavior, will salman call it overreaction?
Ladki ki izzat IZZAT (which he respects the most in that house) ladke ki koi izzat nahi?

So now Salman & Bigg Boss team is normalising harassment as entertainment. ???
Can’t deny the makers stoop to a new low every season!
Abhi didn’t vocally stand against Rakhi as he knew either ways he’d be bashed & the same happened! #RubiNav #BiggBoss14 #BB14 #BiggBoss2020

Among other things, Rakhi Sawant had pulled drawstrings of Abhinav’s shorts and asking his wife Rubina if she could rent her husband to her.