Salman Khan was left blushing on the sets of the Bigg Boss shows after Disha Patani showered praises on her Bharat co-star. This was after Salman, the BiggBoss host, demanded that Disha say a few words in her praise. 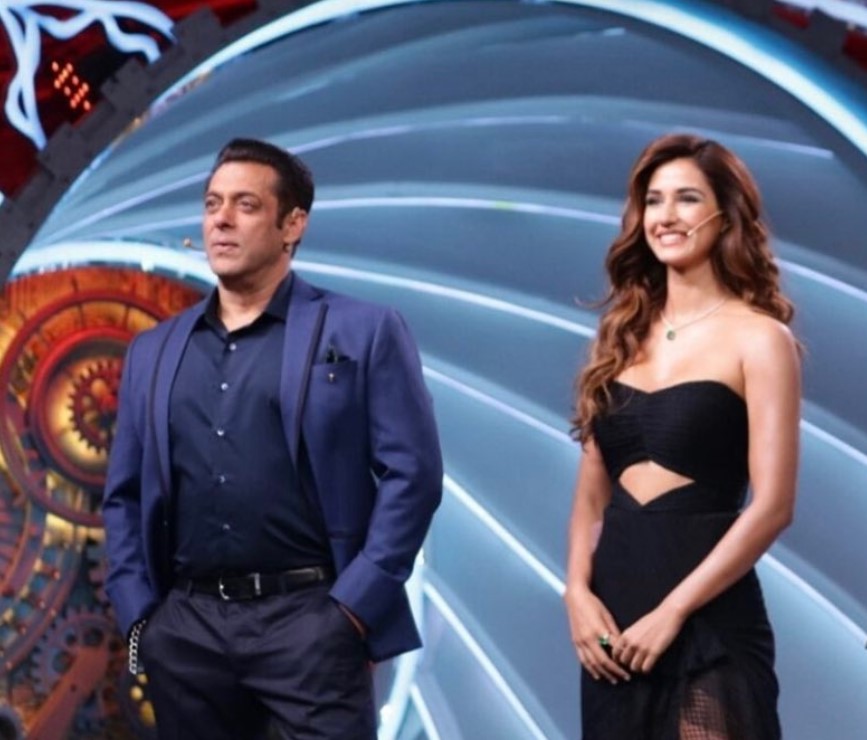 Salman told Disha, “Radhe aane waali hai is Eid par theatres mein. Disha, film ki taareef karne se pahle aapko Radhe ki koi taareef karni hai? (Radhe is about to release in theatres this Eid. Disha, you have said so much in praise of the film, but you must say a few eords in praise of Radhe (Salman’s character in the film) first).” An obedient Disha said, “Of course sir. Bahut Zyada.”

Salman’s co-star continued, “I’ve been very lucky. This is my second film with him (Salman). I was a little intimidated in the beginning. I used to be a little scared of sir.” Salman kept smiling as Disha recalled her experiences of working with him

She said, “(Salman) is very easy going. The atmosphere on the sets changes upon his arrival. Doing scenes with him was a lot of fun because the sir’s comic timing is so amazing. You can’t imagine the way he adds things in between scenes impromptu. And it just makes the whole scene so much better.”

Disha thanked Salman for providing her with an opportunity to share screen space with him. “I was all over the place but he (Salman) really helped me,” she continued. Disha also revealed that dancing with Salman was too much fun. “Even today, sir gives his 2,000 percent. It wasn’t easy to do a dance sequence with Prabhu Deva, but hats off to sir. He executed everything with perfection,” the pretty actor concluded, leaving Salman blushing.

Salman responded, “This praise was just too much. Even audience members are laughing now…But thank you for the praise.”