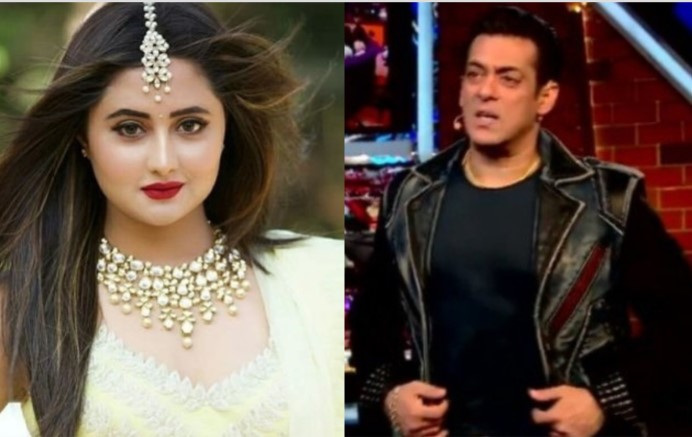 This was after Rashami said ‘thank you’ when Salman was chiding Mahira Sharma for not trying at all to become the week’s captain. Mahira told Salman that she was being called ill-mannered when she began to sound assertive by constant raising her voice in the house. Salman told her that she may not remain in the house to display the change and vie for the captaincy in the future.

Salman also reminded Mahira that she could have been eliminated from the show long ago had Paras not saved her. This, according to him, had led to the elimination of Rashami despite the latter garnering sizeable votes. Rashami said, “Thank you.” This prompted Salman to interrupt and asked, “Rashami, would you like to explain why you said ‘Thank You’?”  While Rashami was busy explaining, Salman said, “Shut Up Rashami Desai.” He said this with a smile, but Rashami got the hint and quietened down.

Salman sarcastically told the housemates that by unanimously electing Siddharth their captain, rest of the housemates had admitted that they were the subjects and Siddharth was the king. He asked, “How are you feeling as subjects?” Shehnaaz replied, “Very good.” Salman asked if she even knew what she was stating.

Paras too said that he was the subject of king Siddharth. Salman simply could not believe his ears on seeing the sheer dumbness of Paras Shehnaaz.

Salman also challenged Hindustani Bhau for not living up to his image as a butcher. Bhau promised to show his aggressive side in days to come. Salman said, “Bhau, increase your visibility.”

Salman also informed that Paras and Mahira had received the least number of votes meaning that they were in the bottom two in terms of popularity among the viewers of the Bigg Boss show.

Devoleena Bhattacharjee was asked to leave the house because of her severe back pain. Salman said that Para and Mahira will still remained vulnerable to eviction and he will announce the name on Sunday.