Iconic music director-duo Jatin and Lalit Pandit appeared in the Sony TV’s singing reality show Indian Idol on Saturday night. But little did the contestants and the show’s millions of audience know that the globally renowned brothers would make the proceedings of the show incredibly sombre and also announce an end to their split starting in 2006. Responding to a desperate plea by the show’s judge Vishal Dadlani, Jatin and Lalit said that they had plenty of music left in them and would love to reunite. Saturday night’s episode also saw a contestant composing a track for Alia Bhatt. 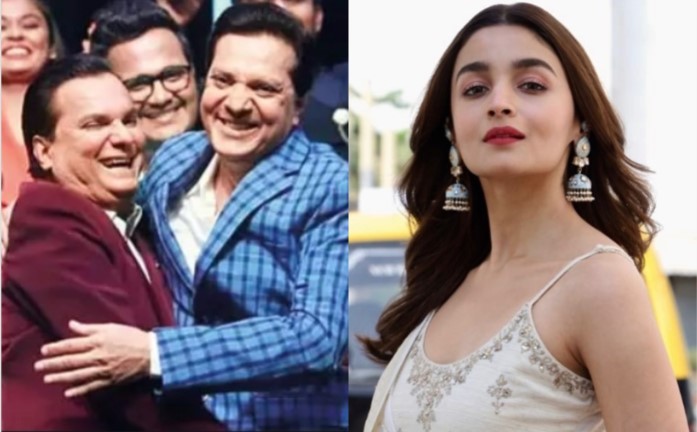 After a contestant performed one of their hit songs, the show’s anchor Aditya Narayan and judge Vishal requested Jatin and Lalit if they would consider ending their differences for the sake of music and reunite once again.

Jatin said that he was open to reuniting once again if Lalit extended the hand of friendship with an open mind. Lalit said that he too would not mind saying no to the proposal of reunification since Jatin was his elder brother. Lalit then got up and touched his brother’s feet before giving him a warm hug. Lalit also hugged him and planted a kiss on his neck. Jatin reciprocated and kissed Lalit’s neck. Lalit lifted his elder brother, making the show’s audience, contestants and judges teary-eyed.

Vishal also informed that tonight’s development was historic since the two had not made any public appearances together.

The two brothers had shocked the music world in 2006 announcing an end to their 16 years of association. The shocking announcement had come soon after they composed the music for Aamir Khan’starrer Fanna, which went on to win National Awards. By then, the music director-duo had already lent music to many blockbusters such as Dilwale Dulhania Le Jayenge (DDLJ), Kuch Kuch Hota Hai (KKHH), Kabhi Kushi Kabhie Gham (K3G), Khamoshi and Fanna.

During the show, contestant Rishabh was asked to compose a track for Alia Bhatt. He accepted the challenge and performed an impromptu track, Vishal was so impressed with the track that he promised to send the clip to Alia Bhatt.