Former Congress spokesperson Sanjay Jha has urged the Sonia Gandhi-led party to sue the BJP for at least Rs. 10,000 crore after police complaints were filed against several BJP leaders including JP Nadda, Union Minister Smriti Irani and Sambit Patra in the ‘toolkit’ controversy. 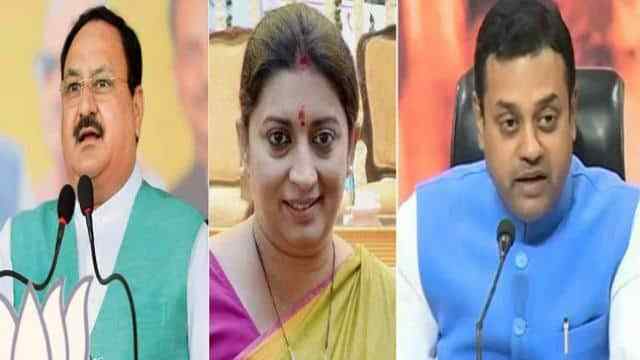 Jha, who was earlier suspended from his party, wrote, “I strongly recommend that @INCIndia sues @BJP4India for a Rs 10000 crore or more defamation charges and a public apology on the front page of all mainstream media including prime-time TV channels. Enough is enough.”

I strongly recommend that @INCIndia sues @BJP4India for a Rs 10000 crore or more defamation charges and a public apology on the front page of all mainstream media including prime-time TV channels.

This was after the Congress’ student’s wing, the NSUI, on Wednesday filed an FIR here against former Chhattisgarh Chief Minister Raman Singh and BJP spokesperson Sambit Patra for allegedly forging the AICC Research Department’s letterhead to print ‘false and fabricated’ content to defame the Congress party.

This was after the BJP sensationally accused the Congress of releasing a toolkit to tarnish the image of the country and Prime Minister Narendra Modi by calling the new strain of the coronavirus the ‘India strain’ or the ‘Modi strain.’ The Congress, for its part, had accused the BJP of using forged documents to defame it.

According to news agency PTI, the against Raman Singh and Sambit Patra was registered under IPC sections 469 (forgery for purpose of harming reputation), 504 (intentional insult with intent to provoke breach of the peace), 505(1)(b) (circulating rumour or report with intent to cause fear or alarm). The opposition BJP in Chhattisgarh said that Congress’ attempt to save its face by registering an FIR will not work.