Chennai Super Kings on Tuesday defeated Royal Challengers Bangalore to register their first IPL victory of this season. They had played four matches prior to today’s match and lost all. The highlight of Chennai Super Kings’ innings was the 165-run partnership for the third wicket between Shivam Dube and Robin Uthappa. 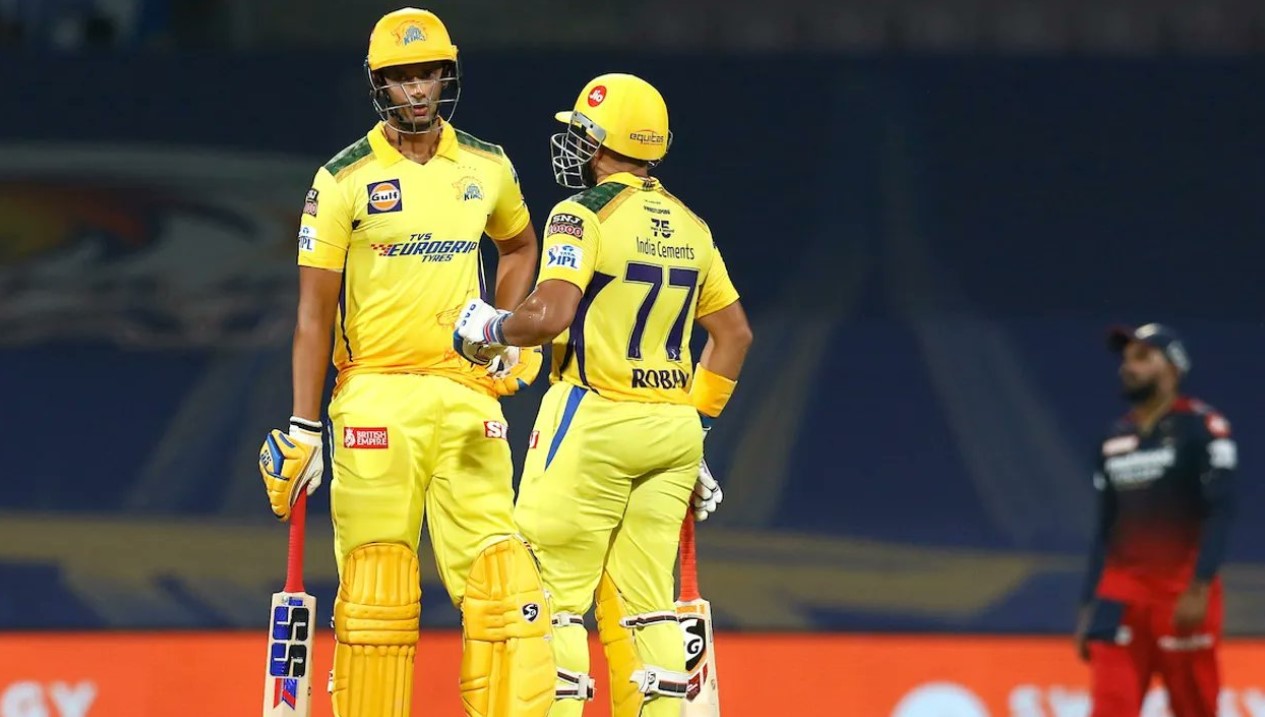 Royal Challengers Bangalore were reduced to 193-9 in 20 overs. Shahbaz Ahmed was the top scorer for his side while Suyash S Prabhudessai and Dinesh Karthik made 34 runs each.

Reacting to his team’s 23-run victory, CSK skipper Ravindra Jadeja said,  “First of all, this is the first victory as a captain ever. I would like to dedicate this to my wife and also the team because the first victory is always special. Previous four games, we couldn’t cross the line but as a team, we came good. Robbie and Shivam batted brilliantly. The bowlers contributed with the ball as well.

“Our management doesn’t put pressure on me, they are relaxed, and they always come to me and motivate. As a captain, I am still picking the brains of our senior players. Mahi bhai is there, I always go to him and discuss. I am still learning and trying to get better with each game. We’ll look to push hard in the tournament, we’ve got the momentum, we’ll try and continue the momentum.”

RCB captain Faf du Plessis said, “Our first 7-8 overs were good, then in the middle we tried to bring the spinners on and they played really well. That partnership speaks for itself. When you are chasing a big score you have to have a good start, we didn’t have that tonight. Good bowling from Chennai, they used their spinners well on a pitch that had some grip. Impressed by the way the guys coming in on a debut at 5 or 6 and playing like that just shows depth in our squad.”

Dube was declared Player Of The Match for his knock of 95.