While India head of Facebook may have thrown his weight behind Ankhi Das, the social media giant’s public policy director, but this hasn’t stopped a rebellion of sorts from growing in the company’s global team. A group of Facebook employees has written an open letter on the company’s internal platform demanding answers to some tough questions on ‘anti-Muslim bigotry’ promoted by the India team under Ankhi Das. The letter also demanded diverse representation in Facebook’s ‘policy team in India (and elsewhere).’ 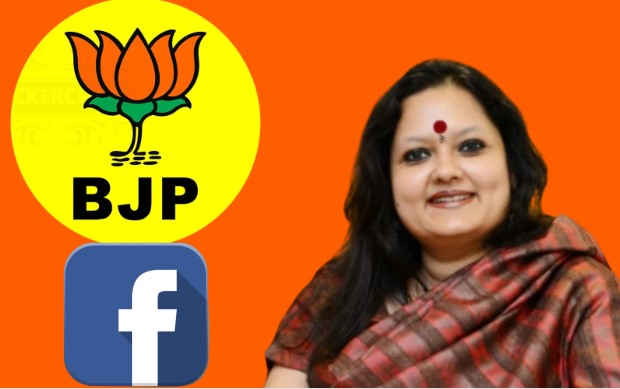 A report by news agency Reuters said that an ‘open letter written to Facebook’s leadership by 11 employees on one internal platform, and seen by Reuters, demands company leaders acknowledge and denounce “anti-Muslim bigotry” and ensure more policy consistency.’

“It is hard not to feel frustrated and saddened by the incidents reported … We know we’re not alone in this. Employees across the company are expressing similar sentiment,” Reuters quoted the letter, which went on to add, “The Muslim community at Facebook would like to hear from Facebook leadership on our asks.”

Ankhi Das has been facing the heat after the US-based newspaper The Wall Street Journal made stunning revelations about Facebook’s dirty links with known hatemongers in the BJP. The WSJ had alleged that Das had stopped Facebook from taking action against a known BJP hatemonger, Raja Singh, when he issued a call for mass violence against Muslims.

In April this year, blaming the Tablighi Jamaat members for spreading coronavirus, Singh, the lone BJP MLA from Telangana, had asked the chief ministers of various states to shoot the members of the Islamic organisation dead if they refused to undergo medical tests.

Far from taking any action, Facebook had issued a lame excuse to defend Das. Its statement had read, “We prohibit hate speech and content that incites violence and we enforce these policies globally without regard to anyone’s political position or party affiliation. While we know there is more to do, we’re making progress on enforcement and conduct regular audits of our process to ensure fairness and accuracy.”

India’s largest opposition party, the Congress, has called for a joint parliamentary probe against Facebook since the WSJ report also claimed that the social media giant had also influenced the 2019 general elections by helping the BJP. Former president of the Congress, Rahul Gandhi, had said, “BJP & RSS control Facebook & Whatsapp in India. They spread fake news and hatred through it and use it to influence the electorate. Finally, the American media has come out with the truth about Facebook.”

Ankhi Das’s sister Rashmi Das has close links with India’s Hindutva brigade. Rashmi Das had previously headed the ABVP, the student wing of the RSS, in Delhi’s Jawaharlal Nehru University. Speaking to India Today on Monday, Rashmi Das had defended her sister saying that ‘we sisters are made of very stern stuff.’