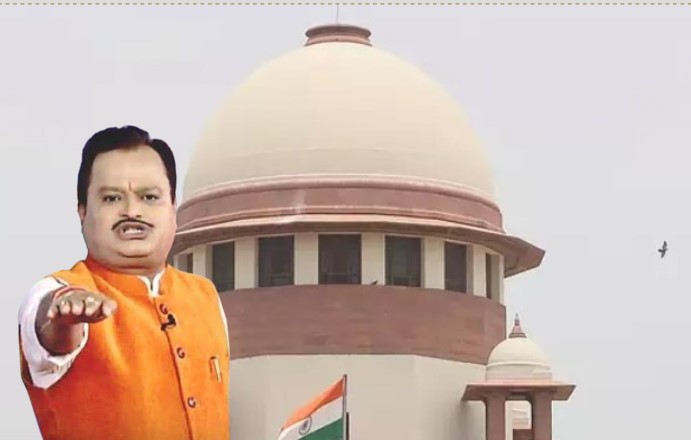 The affidavit, according to the Live Law website, said, “Even if this Hon’ble Court considers it appropriate to undertake the said exercise, there is no justification to confine this exercise only to mainstream electronic media. The media includes mainstream electronic media, mainstream print media as well as a parallel media namely digital print media and digital web-based news portal and you tube channels as well as ‘Over The Top’ platforms [OTTs]”.

The affidavit also said that the present petition be confined to only one channel namely Sudarshan TV.

Ministry also submitted that if the Court decides to undertake the exercise, it should first be undertaken with regard to digital media as there already exists sufficient framework and judicial pronouncements with regard to electronic/print media:@SudarshanNewsTV #UPSC_Jihad pic.twitter.com/m6W6Je5soH

The Supreme Court Bench comprising Justices DY Chandrachud, Indu Malhotra and KM Joseph on Tuesday had made scathing observations while restraining pro-Hindutva Sudarshan TV from broadcasting the remaining episodes of its controversial series against Muslims. However, the most striking aspect of Tuesday’s hearing was of Justice Chandrachud dropping a bombshell by advising to prepare new broadcasting guidelines for the Indian TV channels such as Arnab Goswami’s Republic TV and others, often referred to as India’s own Radio Rwanda. Justice Joseph had also come  down heavily on Indian TV anchors for muting guests who disagreed with them.

Justice Chandrachud, after dictating the order, had orally remarked that the top court was thinking to appoint a committee of five distinguished citizens who can come up with certain standards for the electronic media.

“We don’t want any persons of politically divisive nature and we need members who are of commendable stature,” the Bar and Bench website had quoted the Supreme Court as saying.

Justice Chandrachud had added, “Let the best within the nation suggest measures which we can help debate on our platform and then arrive at standards…now an anchor is targeting one particular community. To say we are a democracy we need to have certain standards in place.”

Meanwhile, the Supreme Court will resume its hearing on the broadcast of hate speech by Sudarshan TV today in a bid to vilify the Muslim community.