If you thought only Mahira Sharma was capable of annoying people both inside the Bigg Boss house and outside, you are wrong. The controversial contestant’s mother Sania Sharma has now triggered a war of sorts with Rashami Desai’s mother because of her ‘bedroom’ comments on Siddharth Shukla. 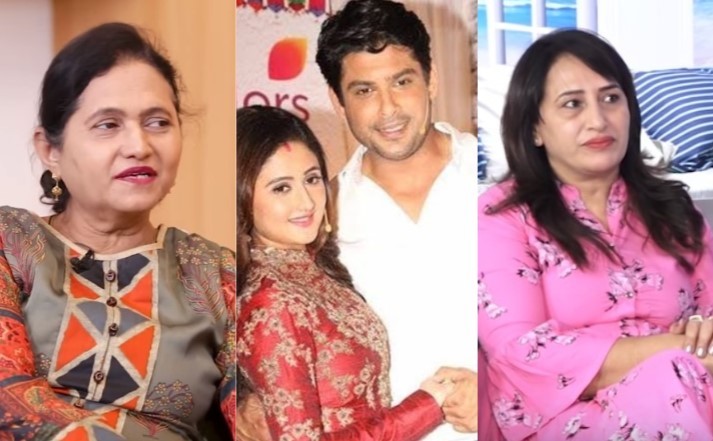 This was after Sania told a website in a video interview that Siddharth Shukla was being deliberately targeted by contestants including Rashami Desai. She said, “Rashami is silent these days because she fears that Sid (Siddharth) will reveal her secrets. Sid said that she had stalked him till Goa. Now why is she quiet. That’s because Sid has reached till Goa. When he will also spill the beans about bedroom, she wouldn’t know.”

Sania was seemingly referring to the reported romantic relationship between Siddharth and Rashami.

Reacting to Sania’s comments, Rashami’s mother Rasila Desai said that she was aghast to see Mahira’s mother stoop so low despite being a woman. She told an entertainment portal, “Mahira’s mom said ‘bedroom tak ki baat,’ being a woman how can she stoop so low?” Rasila Desai also added that her daughter had not heard Siddharth Shukla’s claims about Goa else she would have contradicted him inside the house.

As reported by Janta Ka Reporter, Siddharth had claimed during a Weekend Ka Vaar show that Rashami had stalked him all the way till Goa.

Rashami’s mother said that she wouldn’t have allowed her daughter to take part in the controversial reality show had she sought her permission. She told Pinkvilla, “Rashami did not seek my permission this time to say yes to Bigg Boss, otherwise, I would have never let my ‘pari’ go,” she further told Pinkvilla.”

Bigg Boss host Salman Khan had revealed that Rashami had rejected the offer to take part in the show in the past but agreed this year only to help boost the career of her friend Arhaan Khan.