Archana Puran Singh of The Kapil Sharma Show was left in disbelief on her birthday when her co-star Kapil Sharma wrote flattering compliments for her. This evoked an instant response from Archana, who is used to finding herself at the receiving end of Kapil’s cruel jokes. Visibly overwhelmed by Kapil’s compliments, Archana announced that now the fans of the popular Sony TV comedy show will know that The Kapil Sharma Show host was also capable of praising her. 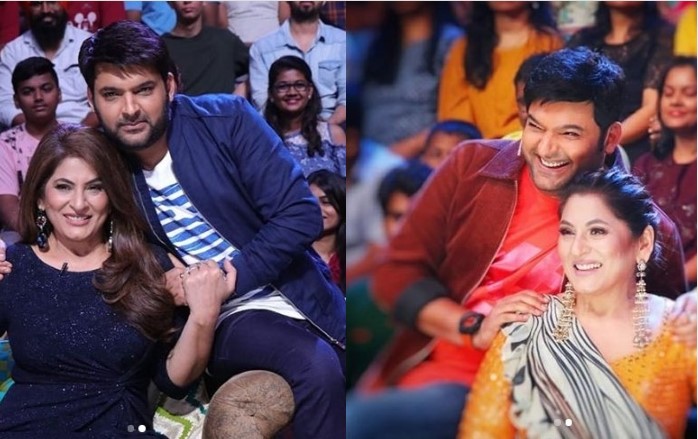 Wishing Archana on her birthday, Kapil wrote, “Person with beautiful heart, beautiful face, many many happy returns of the day to the most beautiful and our beloved Archana Puran Singh. May you always continue to smile like this and make money. Love you mam.”

Another co-star from The Kapil Sharma Show, Krushna Abhishek, too shared a photo of himself with Archana and wrote, “Love u archanaji ?wish u a very happy birthday ? I wish u best of health and wealth ❤ bus aap aise he haste rahiye wealth aati rahegi aur health bhi best rahegi ?.”

Archana had replaced Navjot Singh Sidhu as the judge of The Kapil Sharma Show. She appeared to have reinvented her stardom during the nationwide lockdown when her home videos began to go viral.

The veteran actress has often faced the brunt of cruel jokes from her co-stars such as Kapil and Krushna. On one occasion, Kapil had recently told the guests of his show that he would walk out of the comedy programme if they did not stop flirting with Archana. This was when Kapil’s guests, three noted Bollywood lyricists, began to flirt with Archana by attempting to pen poetry for her. Of course, this was all in jest including Kapil’s threat to walk out of the show.