Bollywood megastar Amitabh Bachchan on Wednesday night revealed ‘secret’ behind the name of his former co-star Hema Malini on his popular quiz show Kaun Banega Crorepati. Bachchan made the ‘revelation’ while speaking to a contestant from Maharashtra, who was married to a Gujarati man. This was after the KBC host asked the contestant a question on the Sanskrit word for gold. The response on Hema Malini also left Bachchan in a fix as he sheepishly avoided commenting about his wife Jaya Bachchan. 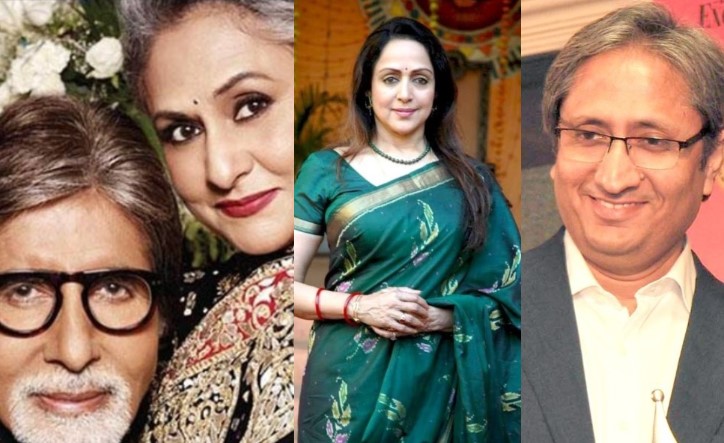 The question read, “Which of these words also means ‘gold’ or ‘golden’ in Sanskrit?” The options were Hema, Leela, Jaya and Sushma. Bachchan informed that the correct answer Hema. The Bollywood megastar said, “Hema also means ‘earth’ or a beautiful woman. That’s why Hema Malini was named Hema. We shall not discuss about the others.”

Bachchan was referring to his wife Jaya Bachchan. His last line caused laughter from the audience. Last week, Bachchan was seen complaining after a contestant said that she had been a big fan of his daughter-in-law Aishwarya and was in love with her eyes.

There was also a song from Salman Khan-starrer Judwa as Bachchan asked, “Identify the song from this instrumental piece.” The options were Oonchi hai building, Tan Tana Tan, Aankhon Mein Base Ho Tum and Ole Ole.” The correct answer was Tan Tana Tan from film Judwa, which had Salman Khan in a lead role. The latest version of the same film had Varun Dhawan, Jacqueline Fernandez and Taapsee Pannu.

Bachchan also asked a question about NDTV anchor Ravish Kumar, who was recently conferred with the Roman Magsaysay award. He played audio of the NDTV anchor and asked another contestant from Noida to identify the person. The contestant had little trouble in identifying the individual behind the voice and correctly answered ‘Ravish Kumar.’ Bachchan, who usually makes his personal comments about such personalities, chose not to talk about Kumar and moved to his next question.