The Congress has demanded the arrest of BJP MLA Satish Reddy after media reports claimed that he may have been involved in the bed allotment scam in Bengaluru. The revelation has come just a day after BJP MP Tejasvi Surya had sensationally sought to add communal colour to a deadly pandemic by blaming innocent Muslim Covid warriors for the scam. One of the MLAs, who had accompanied Surya to publicly blame innocent Muslim employees for the scam, was none other than Satish Reddy. As it emerges, the Congress has accused the BJP of playing the Islamophobia card to divert public attention from its own leaders’ involvement in the scam. 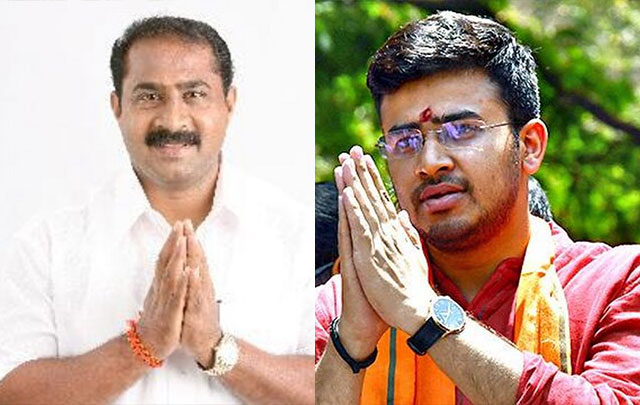 It seems that BJP MP Tejasvi Surya and three MLAs from his party had invented the bribe-for-bed scam only to divert the focus from Satish Reddy’s involvement.

No sooner did the new twist to the so-called cash-for-bed scam emerge, Twitterati began to trend #ArrestBJPMLASatish.

Well know that Satish Reddy targeted me wn ever I exposed his scams, he threatened me with cases!#ArrestSatishReddy #ArrestTejasviSurya pic.twitter.com/OQSoZvjF19

Popular actor Siddharth had called Tejasvi Surya ‘far more dangerous’ than even terrorist Ajmal Kasab after the BJP MP from Bengaluru was found to be peddling Islamophobia amidst a deadly pandemic. Surya had to face widespread condemnation after he was seen slamming Bengaluru civic body officials for hiring more than a dozen Muslims as COVID warriors.

Meanwhile, all Muslim employees hired to work at the COVID facility by BBMP are facing police harassment after Tejasvi Surya accused them of being involved in the scam. They have also been asked by their employer to stay at home. This has adversely affected their livelihood for no fault of theirs. They have become victims of a BJP MP’s dirty game just because he wanted to protect the involvement of one of his own MLAs in the scam.