The Narcotics Control Bureau has summoned ace Bollywood actor Deepika Padukone for questioning in connection with the drug racket case on 25 September, the day several farmers’ groups have called for a nationwide lockdown to protest the controversial Farm Bills. The government body has also summoned Saif Ali Khan’s daughter Sara Ali Khan, who made her Bollywood debut opposite Sushant Singh Rajput in Kedarnath. 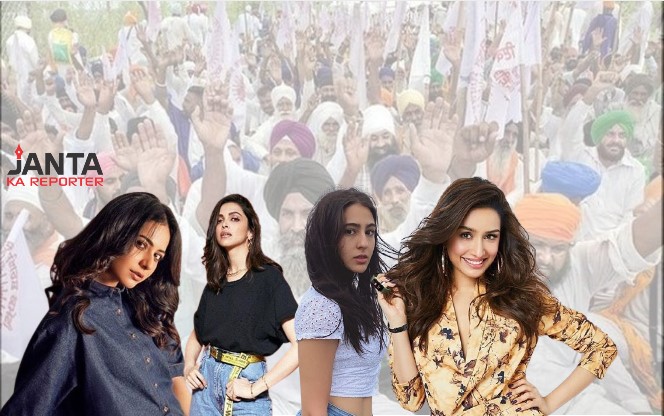 A report by news agency PTI said that as many as 10 central unions namely NTUC, AITUC, HMS, CITU, AIUTUC, TUCC, SEWA, AICCTU, LPF and UTUC have extended their support to the call for a nationwide stir on 25 September. Likewise, as many as 35 farmers’ bodies have decided to bury their differences to call for a complete shutdown in Punjab on 25 September, reported The Indian Express.

Many believe that the decision by the NCB to summon a hugely popular actress, Deepika Padukone, for questioning is primarily to divert the media attention from the nationwide lockdown, which will be damaging to the political future of the BJP at the Centre.

Deepika had supported the protesting JNU students after they were brutally assaulted allegedly by the members of the RSS-affiliated student body, ABVP, in January this year.

The NCB has already arrested Rhea Chakraborty, the former girlfriend of late Sushant Singh Rajput, along with her brother Showik. Both were denied bail by the lower court, prompting them to seek relief from the Bombay High Court, which is likely to hear the bail application on Thursday.