Reliance Industries chairman Mukesh Ambani has revealed for the first time how his first grandson Prithvi, the son of Akash Ambani and Shloka Mehta, has affected him and his wife Nita Ambani. Speaking at the Reliance Family Day 2021 event, the senior Ambani also triggered huge media speculations by talking about a potential leadership transition to the next generation members of the Ambani family namely Akash Ambani, Isha Ambani and Anant Ambani. 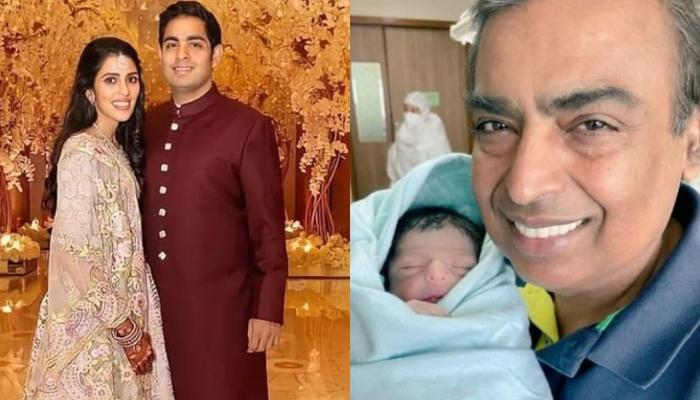 Referring to the newest member of the Ambani family, Mukesh Ambani said, “Let me extend a warm welcome on behalf of my mother Kokilaben, Nita and me, Isha and Anand, Akash, and Shloka and Anant and Radhika and our dearest Prithvi. Prithvi is the newest member of our family. Over the last year, he has brought boundless joy to our lives. I am sure all parents and grandparents amongst you have experienced the same joy.”

Prithvi was born last year more than a year after they tied the knot in a lavish ceremony. Mukesh Ambani had flaunted his photo with the newborn prompting people to detect similarities between the two.

Laying emphasis on the family bond, Mukesh Ambani said, “This tradition of inter-generational living together is a unique and precious asset of our Indian culture. After all, there is nothing more precious that we can give to our children and grandchildren than love … and everlasting memories of that love. At the end of the day, what matters most is not material wealth … but the wealth of love and care we receive and the wealth of love and care that we give to others.”

Ambani stunned everyone by talking about the need for a leadership transition within Reliance Industries Limited. He said, “Reliance is now in the process of effecting a momentous leadership transition……From seniors belonging to my generation to the next generation of young leaders. I would like this process to be accelerated. All Seniors — myself included — should now yield to the highly competent, extremely committed and incredibly promising young leadership talent at Reliance. We should guide them, enable them, encourage them and empower them……and sit back and applaud as they perform better than us.”

Ambani then singled out his children’s names to highlight that they would formally be empowered with responsibilities to lead the family business.

He said, “I have no doubt that Akash, Isha and Anant as the next-gen leaders will lead Reliance to even greater heights. I can see and feel their passion, commitment, and devotion to the cause of Reliance every day. I see in them the same spark and potential that my father had for making a difference in millions of lives and contributing to India’s growth. Let us all wish them good luck in their mission to make Reliance ever more successful with even more transformative initiatives and achieving even greater accolades for our Reliance.”

As first reported by Janta Ka Reporter, the Ambani family had embarked on a succession plan last year when it decided to create a family council. Akash Ambani, Isha Ambani and Anant Ambani were meant to be included in the newly created family council.