Twitter has exploded with speculation regarding veteran Bollywood actor Mithun Chakraborty joining the BJP ahead of the West Bengal assembly polls in the summer this year. This was after Mithun hosted RSS chief Mohan Bhagwat for breakfast at his house in Madh Island. 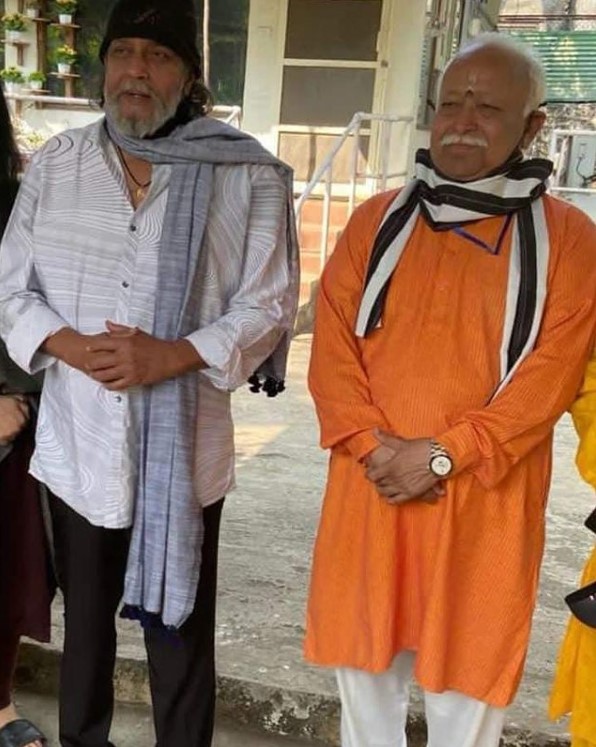 Mithun, according to NDTV, said that he did not discuss politics with Bhagwat. “When one visits home, it is assumed that he must love me and my family. He asked me to bring everyone to Nagpur. That’s all we discussed. He had breakfast. There was no rajneeti (politics), nothing,” he was quoted as saying.

Meanwhile, speculations of Mithun joining the BJP ahead of this year’s assembly polls in Bengal immediately gained momentum.

Ahead of the crucial West Bengal assembly elections, RSS chief Mohan Bhagwat on Monday met actor Mithun Chakraborty at the latter’s residence in Mumbai, setting off speculation if the actor would be joining the BJP.

Mithun Chakraborty Joins BJP. Congratulations perhaps one of the most brilliant move.

If Mithun Chakraborty joins BJP then it’ll be one of the biggest optical victory for BJP Bengal. He can be used to Blitzkrieg rural Bengal and polarization will reach new heights.

The BJP, which is desperately seeking to dislodge West Bengal Chief Minister Mamata Banerjee from the government, has lately embraced many defectors from the ruling Trinamool Congress. Many believe that Mithun, a popular icon for Bengalis, joining the BJP will significantly boost the electoral chances of the Hindutva party.