Shahid Kapoor’s wife Mira Rajput is a fitness freak as has been evident from her social media posts. Even after giving birth to her second son, Mira was quick to hit the gym to regain her fitness. On Monday, Shahid Kapoor’s wife took to Instagram to share a video whereby she was smashing a gym ball into a wall. Even though Mira said that she was merely trying to get rid of her Monday blues, her husband teased her by asking if she was ‘imagining’ his face while hitting the ball against the wall. Mira came up with a cute reply, which left husband speechless. 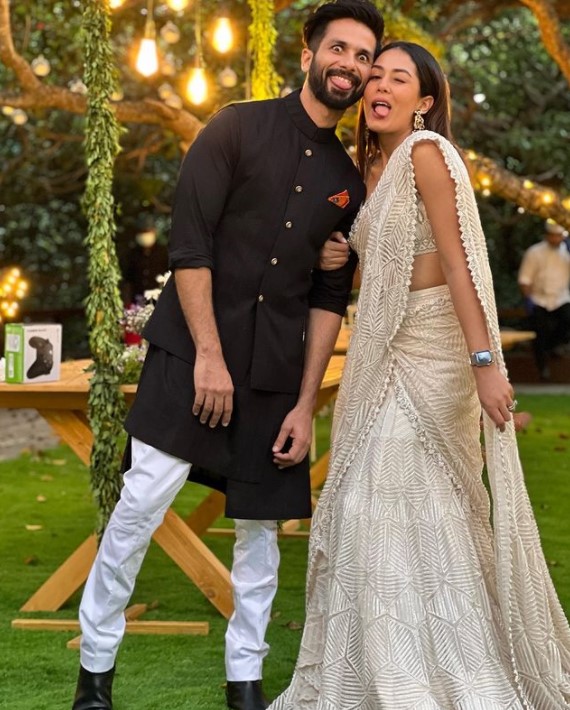 Sharing the video of her gym routine, Mira wrote, “Smashing those Monday blues ?? feat. @athletifreak / my all time fav @nike metcons and some deathly training that I love @coachapoorv.”

Shahid wasted no time in teasing his wife as he asked, “Were you imagining my face instead of the wall ? ?” Not to be outwitted by her husband, Mira replied, “nahhhhh you know I love your face.” She ended her reply by using a kissing emoji.

Mira’s reply earned her plenty of plaudits from Shahid fans. One wrote, “I love the way you replied who will not love his face ❤️??” Another commented, “so lovely ?lots of respect for you? mam ?”

Also Read: When Mira Rajput and Shahid Kapoor flirted with each other at wedding reception of Shloka Mehta and Nita Ambani’s son Akash