Last year we reported how actor Shahid Kapoor had finally managed to find himself a flat that he can truly call it home. This was after it was reported that the Kabir Singh actor had started hunting for a new house in the wake of growing prostitution menace outside his Juhu flat. Shahid Kapoor and Mira Rajput reportedly paid Rs 56 crore for their luxury duplex in the Worli area of South Mumbai. The neighbourhood was recently in the news after it emerged that Isha Ambani, daughter of Mukesh and Nita Ambani and sister-in-law of Shloka Mehta will be moving into her new sprawling sea-facing bungalow Gulita. Isha had married Anand Piramal las year and Gulita, whose cost is estimated to be Rs 450 crore, was gifted to the duo by Anand’s parents as a wedding gift. 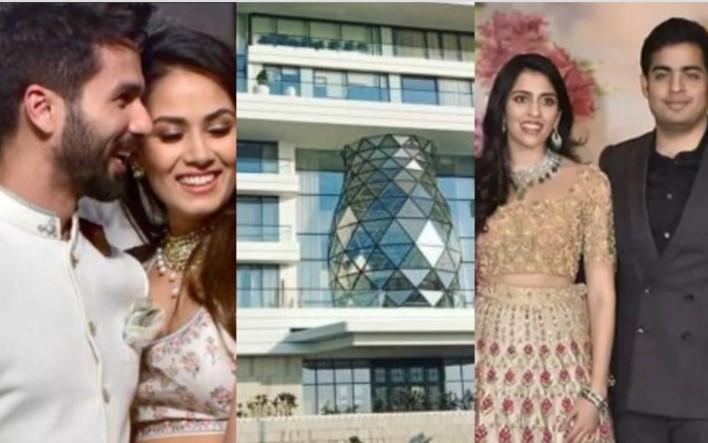 Fresh reports suggest that Mira Rajput and Shahid Kapoor will shift their base from Juhu to their new duplex later this year. The popular Bollywood couple have been working round the clock in finessing their new house’s interiors.

“Shahid had been looking to move into a space that would be a better fit for his family of four. And this over 8000 square-foot apartment is expected to be ready for possession by the year-end,” Hindustan Times quoted a source as saying.

Mira Rajput becoming a neighbour of Ambani family comes just days after the internet went into a frenzy as it emerged how Shahid Kapoor’s celebrity wife was seen giving competition to Shloka Mehta and Nita Ambani with jaw-droppingly expensive pool slides.

South Mumbai is also famous for Mukesh and Nita Ambani’s official residence Antilia, which is located at Altamount Road.

Mira Rajput and Shahid Kapoor are parents to two children, daughter Misha and son Zain, who will be celebrating his first birthday on 5 September this year.