West Bengal Chief Minister Mamata Banerjee on Sunday launched a campaign to ‘save the democracy’ after a CBI team arrived in Kolkata to grill Kolkata Police Commissioner Rajeev Kumar, who she had termed as the ‘best top cop’ in the country. Banerjee received a huge outpour of support from opposition leaders from across the country. Hours after her protest in Kolkata, she is now being called Jhansi Ki Rani and street fighter. 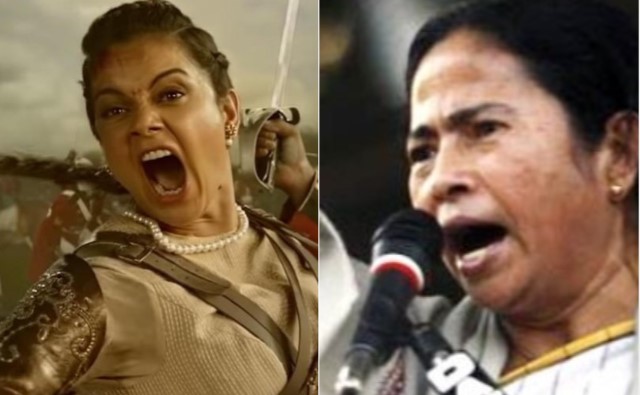 A member of her party, the Trinamool Congress, compared her with the brave freedom fighter Jhansi Ki Rani, while on Twitter users hailed her courage by calling her a true fighter.

Salute to @MamataOfficial as like as Jhansi ki Rani Laxmibai
In past doesn't matter who body with Jhansi ki Rani but in present I'm with Mamta Di.#MamataVsCBI@SanjayAzadSln@yadavakhilesh@ArvindKejriwal#MamtaBanerjee

Mamata Banerjee dharna: The return of the street fighter

Mamata Banerjee has the courage to fight against the power, she is in born fighter #CBIvsMamata @MamataOfficial

Banerjee is known for grit and determination and has long acquired an image of a street fighter. Many political analysts credit this quality of her to her meteoric rise in West Bengal, which saw a long period of rule by the Left. She was responsible for bringing the end to the CPI-M-led Left Front’s rule in West Bengal.

The genesis of the current political drama in Bengal is the sudden interest shown by the CBI in the Sharada chit fund scam. The CBI team’s presence at Kumar’s residence on Sunday caused a huge drama leading to unprecedented developments involving the Kolkata Police and the CBI. Such was the scene that the Centre had to deploy CRPF to protect the regional office of the CBI.

While the BJP has defended the CBI action, its political rivals have questioned the sudden haste in pursuing the chit fund scam. Others were quick to ask the BJP why it had not taken any action against Mukul Roy, a former TMC leader, who later joined the BJP. Roy too is one of the accused in the infamous chit fund scam.

The Supreme Court, which took a dim view of the Sunday’s developments, has agreed to hear the matter on Tuesday.