When Indian Idol judge Neha Kakkar wished her friend Aditya Narayan on his wedding, little did she realise that she would be inundated with hate-filled messages from the latter’s fans. This precisely what happened when Neha posted innocuous comments wishing Aditya and his wife Shweta Agarwal on the couple’s wedding. 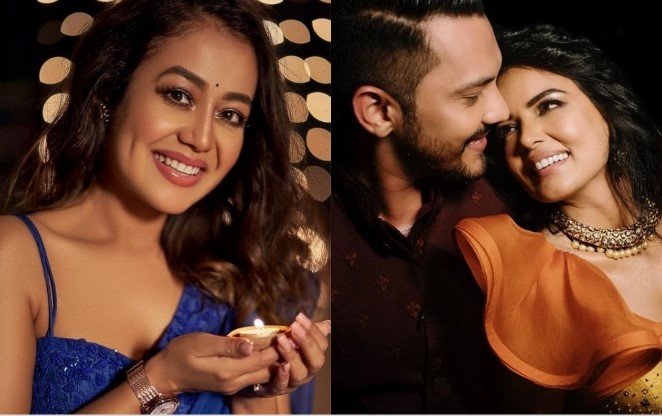 This was after Aditya shared a photo of himself with wife with a caption that read, “I will find you.. And I will marry you #Taken.” As expected, Aditya’s timeline was filled with congratulatory messages from his fans. But the most notable comments came from his Indian Idol co-star Neha Kakkar, who wrote, “Soo beautiful.. ? Congratulations! ♥️?.”

Neha’s comments triggered Aditya’s fans to target the famous singer with hate-filled messages. Some of the comments were so crude that they can’t be reproduced here. One wrote, “Ma’am I am glad to ask are you jealous?” Another asked, “Aapki bhi shaadi ho gyi or ab Aditya ki bhi ho gyi… Toh phir iss baar Indian Idol mein kya dekhenge yaar hum sab?? (Both you and Aditya are married now. Then, what will we watch on this year’s Indian Idol?)” “Another drama, I guess,” reacted another fan. One fan wrote, “Aditya and Neha will be acting as brother sister, merry pyarri behen ….. hahahahahahahahhaha.”

The news of Aditya and Neha planning to tie the knot during the last edition of Indian Idol had set the internet on fire. Neha had later revealed that there was no truth to the news of the two getting married. Even Aditya’s father Udit Narayan had recently revealed  that his son’s wedding on the sets of Indian Idol was a fake affair to boost the reality show’s ratings.

?? Aadi just keep asking me on screen to get married and I keep saying No to him, Never said Yes. Rest is all to Entertain the world. I feel lucky that I’m capable enough to entertain people and give them Happiness with my music and appearances

On the work front, Neha is back to judging the latest series of Indian Idol with Vishal Dadlani and Himesh Reshammiya. Aditya is once the host of the Sony TV’s singing reality show.