Indian Idol judge Neha Kakkar recently played a spoilsport after Kapil Sharma asked his fans to identify two people in a throwback photo. The throwback photo had two of the biggest TV stars in the country with one being the judge of the Sony TV’s singing reality show, while the other being the host of The Kapil Sharma Show. 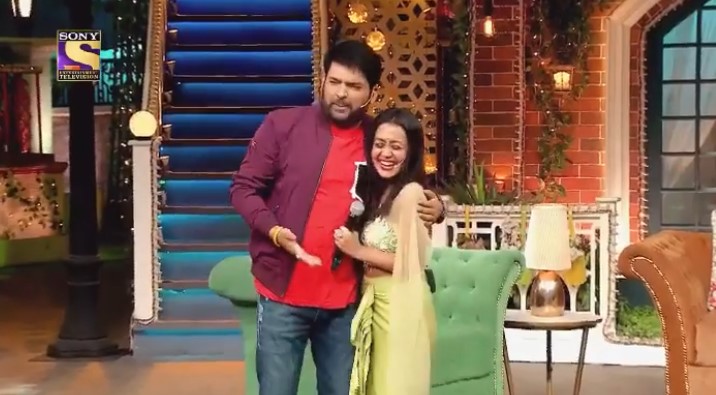 This was after Kapil took to Instagram and asked his 25 million followers to identify the two individuals in a throwback photo that the famous comedian shared. Kapil wrote, “Identify the kids ? #throwback.”

Neha wasted no time in responding to Kapil’s ‘riddle’ as she wrote, “Bhaiyaaaaa ? I know these Kidssss.”

The two individuals present in the throwback photo were none other than Kapil Sharma and Neha Kakkar. Neha too shared the same photo on her Instagram page with a caption reading, “Good Old Days!!! ?? We love you @kapilsharma bhaiya.” Kapil replied, “Love u too little girl .. lots of love n best wishes always.”

Neha Kakkar and Kapil Sharma are known to enjoy good camaraderie. Last year the famous Bollywood singer had appeared on The Kapil Sharma Show with her siblings Sonu Kakkar and Tony Kakkar.

While on the show, Neha had told Kapil Sharma that it was her dream to appear on his comedy show. She had said, “You don’t know how happy I am to be here. Since my childhood, or not from childhood. Ever since the show came into being, I’ve dreamt of coming here. And I am finally here.”

Kapil had likened Neha to a small firecracker with the potential to cause a bigger explosion adding that she was a contestant of the Indian Idol show in 2006 but went on to become a regular judge of the same show.