Archana Puran Singh of The Kapil Sharma Show has reinvented herself during the nationwide lockdown despite having worked in the Hindi film industry for many years. It was during the lockdown when her home videos became viral, taking her popularity on Instagram to a new level. However, the affable actress appeared sad, bored and a tad ‘idiot’ as she waited for the shooting to resume early in the morning. 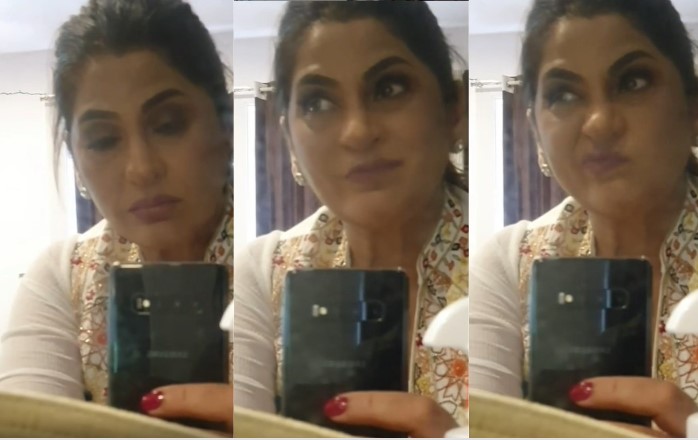 Sharing her video on Instagram, Archana said, “Hi guys, shooting today, no vanity van, so waiting alone in this huge room. since there are some issues with the camera. We will resume shooting when the camera issues are resolved.”

Archana said that she had up since 5.30 in the morning. Can you imagine? I some time sleep at 4 (in the morning). Yesterday I slept early but. I am very bored sitting alone. I am so bored that I am talking nonsense. You know artists have to spend so much time alone that unless they keep themselves occupied, they look and feel like idiots. And that’s exactly like I am feeling right now.”

•what do you do when you get bored? #bored

Sharing the video, Archana wrote, “RANDOM musings. what do you do when you get bored?”

She received plenty of support from her fans with one writing, “DO INSTANT LIVE session on INSTA to pep up your energy level. You have a great fan following so you can find many people to boost up your spirit n cheer you or entertain you.” Another commented, “Sing, play music or bother someone.” “You should have bought a book or read an audiobook… just a suggestion Archana,” wrote one fan.

Archana had faced intense roasting by her co-stars Kapil Sharma and Kiku Sharda during the last two episodes of The Kapil Sharma Show. Kiku had jokingly questioned the existence of Archana on the popular comedy show on Sony TV.