Kashmiri YouTuber, identified as Faisal Wani, whose video depicting the beheading of suspended BJP spokesperson Nupur Sharma had gone viral on social media, has been arrested. According to the police, Wani was arrested for breaching public tranquility and causing fear in public. 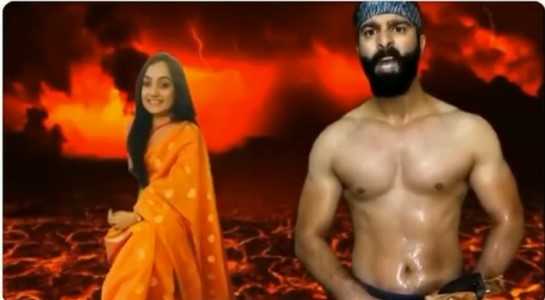 In the viral video, the YouTuber was seen depicting the beheading of Sharma as he said, “No action, no warrant. There is only one punishment for those insulting Prophet (PBUH). Beheading.”

The police said that Wani had been booked under sections 505 and 506 of the Indian Penal Code at the Safa Kadal police station.

The video had gone viral on social media where users demanded his arrest.

In another video, Wani issued an apology saying that his intention was never to hurt anyone. He said, “I respect all religions.”

After his video on Nupur Sharma got viral and reported to police, Faisal Wani apologises by saying “me begunah phas gaya” pic.twitter.com/JguipmbGfE

Wani said that he had deleted the original video and he was extremely ‘sorry’ for his actions.

The row over Sharma’s objectionable remarks for Prophet Muhammad (PBUH) has snowballed into a full-blown controversy in India. Several Indian states are witnessing violence. At least two people were killed in police firing after Friday prayers in Ranchi. A curfew has been imposed in Howrah, West Bengal on the same issue.