Smitten by the ‘busting moves’ of Indian woman cricketer Jemimah Rodrigues to a track from Love Aaj Kal 2, Kartik Aaryan has asked his ‘favourite cricket aces’ to bring the World Cup home. This was after the world governing body of cricket, the ICC, shared an impromptu dance move by Jemimah with an off-duty security guard to Haan Main Galat track featuring Kartik Aaryan and Sara Ali Khan. 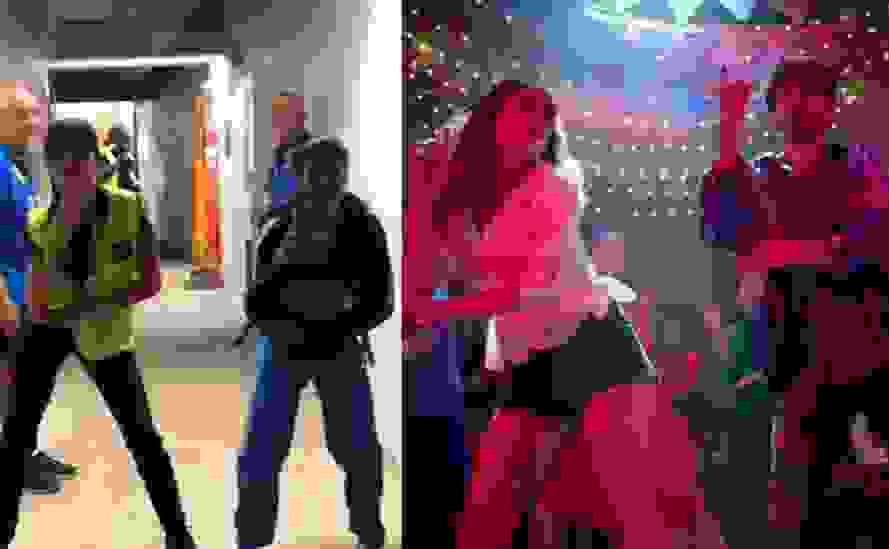 While posting the video, the ICC wrote, “Yes, @JemiRodrigues! Busting moves with an off-duty security guard at the #T20WorldCup.”

Busting moves with an off-duty security guard at the #T20WorldCup pic.twitter.com/ehUdGQc3QV

Sharing the video, Kartik wrote both on Twitter and Instagram, “My favourite cricketer aces #HaanMainGalat !! Bring the cup home Jemi ? ? And by popular demand also bring Security Ji to bollywood.”

Composed by Pritam, the original video of Haan Main Galat song has already clocked more than 50 million views on YouTube. Singer Arijit has sung the popular song (watch below).

Meanwhile, the Indian women cricket team has already secured a place in the semi-final of the  ICC Women’s T20 World Cup in Australia by winning all their three matches.

Directed by Imtiaz Ali, Love Aj Kal 2 hit cinemas on this year’s Valentine’s Day. The film failed to create the magic at the box office.

Sara had said that she was hurt after she faced incessant trolling on social media. Hindustan Times had quoted her as saying, “I don’t mind being trolled for being fat. I don’t mind if you troll me for wearing a cap. But I am here to act. That is my job. That is my profession. That is serious. So, when I am trolled for that, suddenly, with all the confidence still intact, it is harder for me to sit there and say ignore the trolls. For the first time, it actually kind of hurts. It hit me.”

On the work front, Sara will be next seen opposite Varun Dhawan in Coolie No.1 and Atrangi Re with Akshay Kumar and Dhanush. As for Kartik Aaryan, he will be next seen in Bhool Bhulaiyaa 2, which is scheduled to hit theatres in July this year.