Archana Puran Singh of The Kapil Sharma Show was forced to issue a clarification when host Kapil Sharma’s question on a ‘rumour’ left the veteran actress perplexed. This was after Kapil asked lyricist Manoj Muntashir if there was any truth to rumours that he would spend time with Archana inside her vanity van in the past. 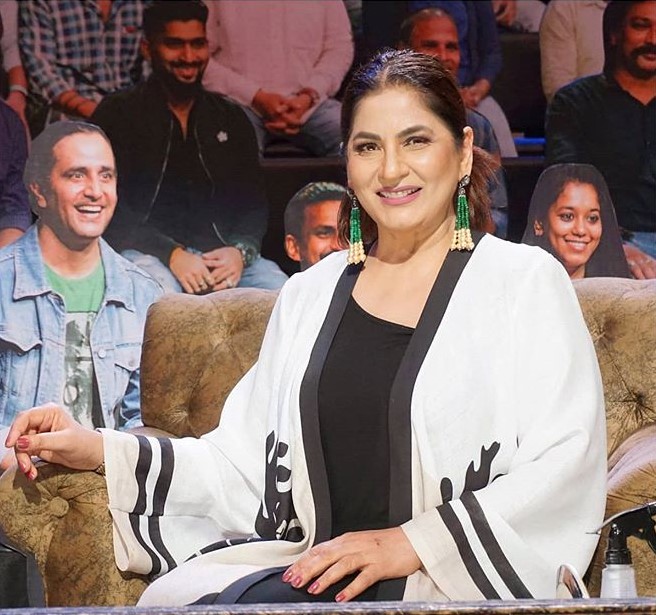 Kapil asked, “There are rumours that you used to spend plenty of time in Archana Puran Singh’s vanity van.” Muntashir replied in affirmative prompting Archana to explain that it was during a dance reality show when the lyricist would write his script for the show.

Archana has since then gone on to become one of the most popular faces of the Indian TV. Her popularity soared after she replaced Navjot Singh Sidhu as the judge of The Kapil Sharma Show. Archana’s home videos earned her additional fame during the nationwide lockdown to fight coronavirus.

This also resulted in a phenomenal rise in the number of her followers on Instagram, where she now has close to one million followers.

Last weekend, Kapil Sharma had jokingly said told the guests of The Kapil Sharma Show that he would walk out of the comedy programme if they did not stop flirting with the Archana. This was when Kapil’s guests, three noted Bollywood lyricists, began to flirt with Archana by attempting to pen poetry for her.

Kapil targeting Archana with his crude jokes has become an inseparable part of the popular comedy show, broadcast on Sony TV.