The Central Crime Branch (CCB) of Bengaluru on Friday formally arrested the Kannada actress, Ragini Dwivedi, along with two other persons. 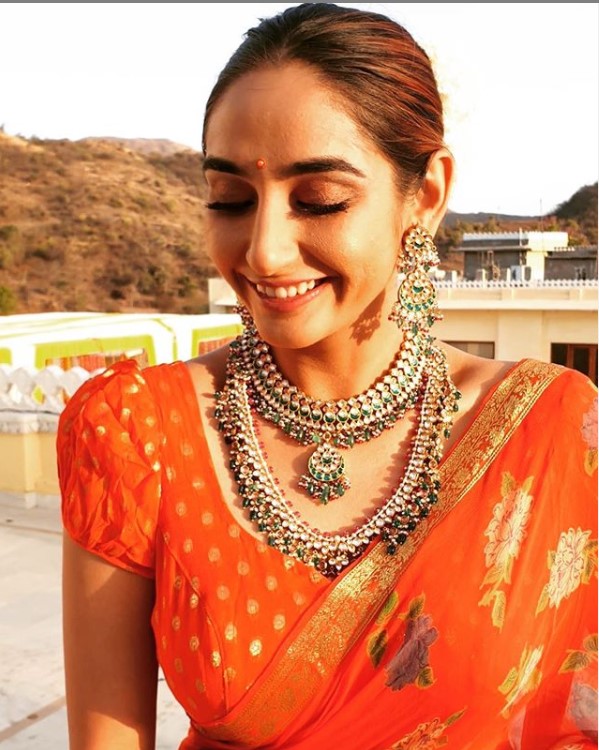 “Ragini Dwivedi has been arrested and taken into custody,” Bengaluru Joint Commissioner of Police (Crime) Sandeep Patil was quoted by news agency PTI.

Two other persons arrested have been identified as Rahul and Viren Khanna. This comes a day after police arrested another person, K Ravishankar, on Thursday.

Ragini was first asked to appear before the crime branch on Thursday, but she took to Instagram to express her inability to comply with the directives. She had updated his Insta story to write, “I am grateful for all the concern expressed by the public about the notice I received yesterday. As I received it at very short notice, I was unable to appear today before the CCB police. However, out of respect for the process of the law, my advocates have presented themselves before the police, have explained my difficulty in not being able to appear today and have sought time (sic).” 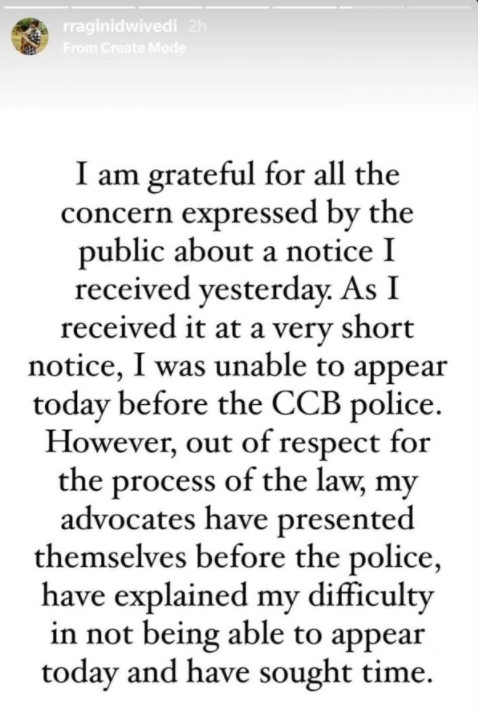 Her subsequent Insta story had read, “I’m committed to appear on Monday morning before the police. I consider it my duty as a citizen to humbly participate in any questioning that the police my have; I have nothing to hide and have no connection with any unlawful activity which is being probed by the CCB police. Once again, I express my gratitude for all the love, affection and concern that has been expressed (sic).” 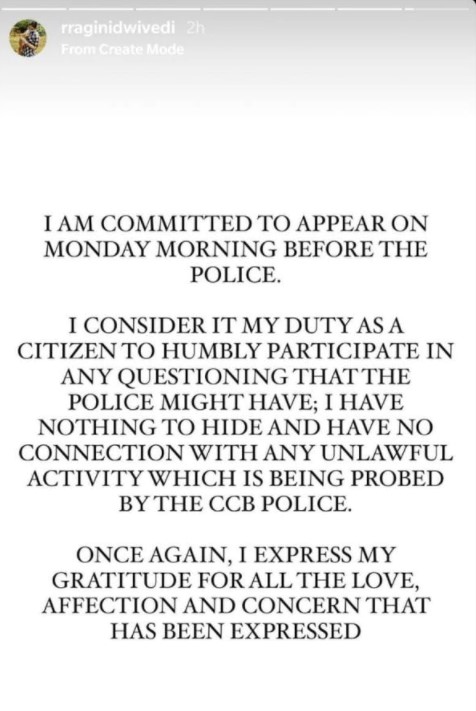 The CCB had raided her residence on Friday morning before taking her to the CCB office in the afternoon. She was arrested in the evening. The Narcotics Control Bureau (NCB), according to PTI, had arrested three persons from the city, who were allegedly supplying drugs to singers and actors in the Kannada film industry, also known as “Sandalwood”