India has crossed 40 lakh coronavirus cases with the death toll reaching 68,472. This was after the country reported 83,341 new cases on Friday, taking the total number of positive cases to 40,06,162. India is currently third globally in the list of countries with most number of coronavirus cases behind the US and Brazil.

Defence Minister Rajnath Singh on Friday met his Chinese counterpart General Wei Fenghe for more than two hours in Moscow in a bid to try and resolve the border crisis ine astern Ladakh. This was after Foreign Secretary  Harsh Vardhan Shringla said that the situation at the LAC was unprecedented since the 1962 war.

“We have had an unprecedented situation on the India-China border, we have never had this sort of situation since 1962. We have lost the lives of soldiers which has not happened in the last 40 years,” he was quoted by Hindustan Times.

Meanwhile, Indian Express has reported that India’s first bullet train project may be delayed by five years due to high costs and lack of interest from Japanese firms. The report said that the Railways now expected the project to be commissioned fully by October 2028, instead of the original timeline of December 2023.

LIVE UPDATES on these and other big stories will appear below

16:27 PM: 6 cops suspended, 3 of them booked for murder in connection with custodial death of youth in UP’s Shravasti district; probe on: Police. (PTI)

15:51 PM: A #Delhi resident has been arrested for allegedly duping several divorced women on the pretext of marrying them, the @DelhiPolice said on Saturday. The cheat has been identified as Vishal alias Mohit Tokas, a resident of Delhi’s #Munirka. (IANS) 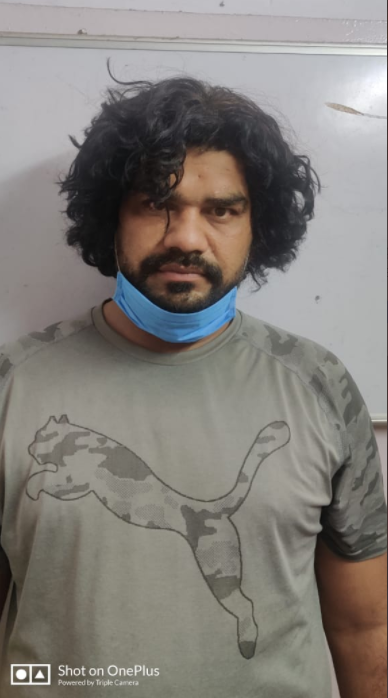 14:38 PM: A #Mumbai activist has lodged a complaint with the Khar police against #Bollywood actress #KanganaRanaut for her series of comments on #MumbaiPolice, #Maharashtra, the film industry and related issues that have stoked a major political row in the state. (IANS)

13:38 PM: Rajnath told China’s defence minister it should work with India for complete disengagement at earliest from all friction areas: Indian officials. (PTI)

12:29 PM: A team of #CBI sleuths again reached the Bandra home of the late B’wood actor #SushantSinghRajput in connection with the probe into his death. They were accompanied by the actor’s sister Mitu Singh at the Mont Blanc building in Bandra West – where Sushant was found dead. (IANS)

11:16 AM: #Pakistan used small arms and mortars on Saturday to violate ceasefire on the Line of Control (#LoC) in three sectors of #JammuandKashmir’s #Poonch district. (IANS)

10:36 AM: I had predicted that total number of infections will reach 55 lakh by September 30. I am wrong. India will reach that number by September 20. By end September, the number may touch 65 lakh: Senior Congress leader P Chidambaram

10:25 AM: At a time when the Centre is facing difficulties to disburse #GST compensation to states on the low revenue collection, the EAC of the #15thFinanceCommission has advised the latter to treat the financial year 2020-21 and 2021-22 differently in comparison to the next four years. (IANS)

09:21 AM: Asked if China is bullying India, US President Donald Trump said: “I hope not… But they (China) are certainly going at it. They are going at it much more strongly than a lot of people even understand.” (PTI)