Bhojpuri actor Khesari Lal Yadav has lashed out at actor Kangana Ranaut for her recent comments targeting protesting farmers saying that she did not know anything but opened her mouth about everything. Extending his support to protesting farmers, Yadav said that they needed everyone’s support. 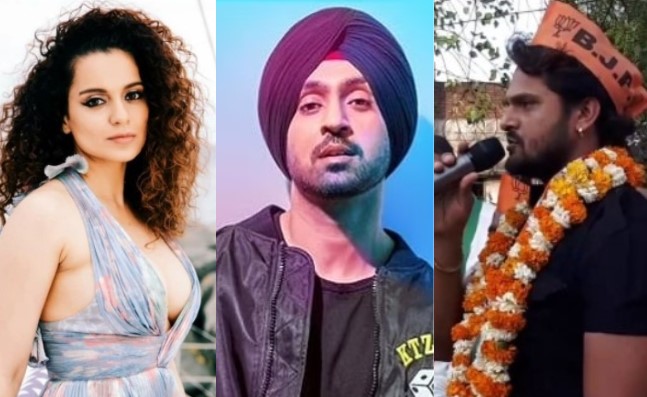 Yadav, who has actively campaigned for BJP candidates in the past, wrote in Bhospuri, “Brothers, this Kangana doesn’t know anything, doesn’t know the difference between mango or radish. But she tends to blabber about everything. Farmers need all of our support today. We all should shout Jai Jawan Jai Kisan. To everyone else, please accept Khesari’s salutations.”

Khesari’s support for farmers and attack on Kangana came a day after Bollywood actor Diljit Dosanjh shut up Kangana after she insulted two elderly women with a defamatory tweet. These two women were Bilkis Dadi of Shaheen Bagh and Mahinder Kaur of Punjab. Kangana had mischievously identified Kaur as the Shaheen Bagh dadi by alleging that they took part in protests for Rs 100.

Her tweet, now deleted, had read, “Ha ha ha she is the same dadi who featured in Time magazine for being the most powerful Indian…. And she is available in 100 rupees. Pakistani jurno’s have hijacked international PR for India in an embarrassing way. We need our own people to speak for us internationally. (sic)”

Diljit had earned plaudits from everyone for shutting up Kangana, who’s become notorious for using her social media platforms to display her Islamophobia and hatred for elderly women.