Himanshi Khurana aka Punjab’s Katrina Kaif may have had to face repeated humiliation when she entered the Bigg Boss house in the reality show’s last season. But the model-actor from Punjab has seen her popularity soar phenomenally after she came out of the Bigg Boss house. She’s now being hailed as a hero after she took on Kangana Ranaut for her decision to defame two old ladies, Bilkis Dadi of Shaheen Bagh and Mahinder Kaur of Punjab, during the farmers’ protest. After Himanshi declared Kangana a ‘shameless’ person, the Queen actor blocked her on Twitter. 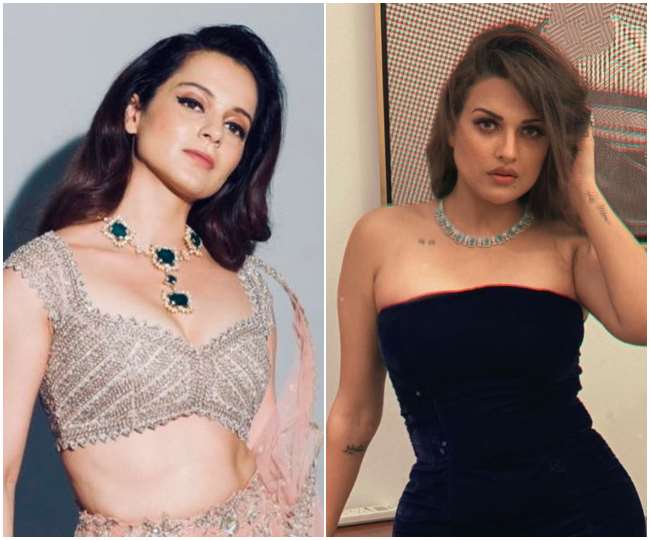 Himanshi took to Instagram to inform her that Kangana had blocked her on the microblogging site. But, this evoked an overwhelmingly positive response from Twitterati, who declared her a hero. One wrote, “Himanshi’s live. The way she is supporting the farmers makes me proud of her. She is right that all should ignore Kangana & Payal because they are trying to divert the attention of farmers protest.”

Reacting to Kangana’s tweet, now deleted, defaming elderly ladies by falsely accusing them of receiving Rs 100 to take part in farmers’ protests, Himanshi had written, “Apna ghar bachane ke lie thankful hmm miss par dusra apna ghar bchaye to galt .. wahi to sabke paas vip links nahi hote (You are thankful for saving your own house, but when others are staging protests to protect their own homes, then they are wrong).”

Kangana is also facing a defamation case from a Punjab lawyer for making fun of an octogenarian lady from the state by wrongly claiming that she was the same as the Shaheen Bagh dadi.

Actor Diljit Dosanjh too had slammed Kangana for her deleted tweet insulting two elderly women. In his hard-hitting tweets, Diljit had called Kangana ‘paaltu of all (everyone’s pet).’ This was after Kangana had disparagingly called Diljit Karan Johar’s paaltu.