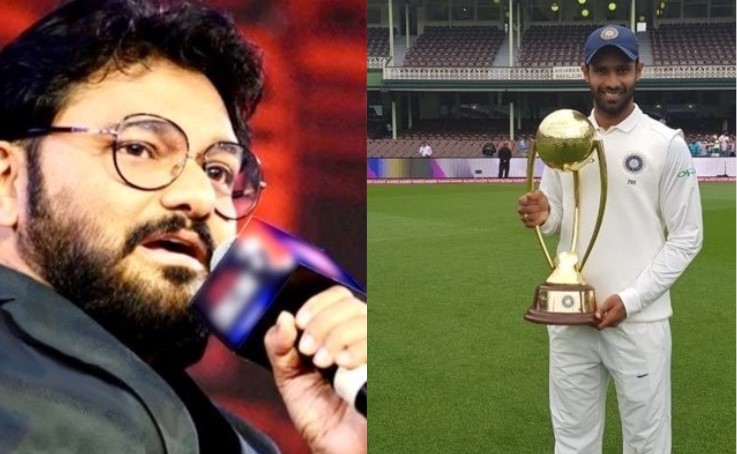 Reacting to India’s strategy during the last innings of the Sydney Test, Supriyo had tweeted, “Playing 109 balls to score 7 !That is atrocious to say the least•Hanuma Bihari has not only killed any Chance for India to achieve a historic win but has also murdered Cricket.. not keeping win an option, even if remotely, is criminal. PS: I know that I know nothing abt cricket.”

While the minister faced brutal roasting for his lack of knowledge of cricket, Vihari responded to his tweet to remind that his surname was not Bihari, which is usually used to describe a native of the Indian state of Bihar.

The Indian cricketer is being praised for his brutal response to the union minister. One fan wrote, “Tweet of 2021.” Another fan pointed out Supriyo’s lack of understanding of the game, reminding that Vihari facing more balls in the last innings was a part of the Indian team’s strategy to pull off a draw. “If people don’t know what is test cricket and what the situations were . It will be better if they keep quiet. This is utter nonsense. This Hanuma Vihari innings as good as an innings played by Ab devillers in Adelaide 2012. If he was to go for shots we would have lost it,” wrote the Twitter user.

Ravichandran Ashwin and Hanuma Vihari had batted all through the last session of the match to score just 62 runs for the sixth wicket by facing 259 balls. Vihari had faced 161 balls to score his 23, while Ashwin played a knock of unbeaten 39 runs by facing 128 balls. This had helped India to avoid what looked like certain defeat.