A video of Indian products being removed from supermarkets in Kuwait has gone viral on social media platforms. The decision to boycott Indian products has been taken to protest the objectionable remarks made by Nupur Sharma on a Times Now programme hosted by Navika Kumar. 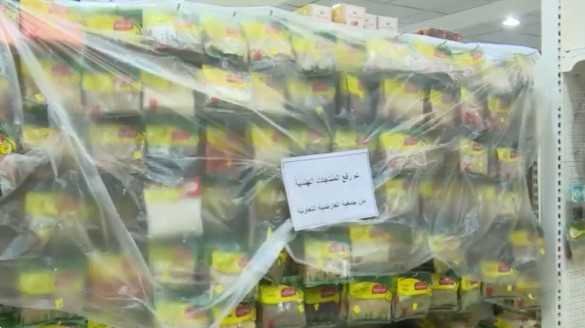 Sharing the video, news agency AFP wrote on Twitter, “Superstores in Kuwait remove Indian products from their shelves after remarks on the Prophet Mohammed by an official in India’s ruling party prompted calls on social media to boycott Indian goods.”

VIDEO: Superstores in Kuwait remove Indian products from their shelves after remarks on the Prophet Mohammed by an official in India’s ruling party prompted calls on social media to boycott Indian goods pic.twitter.com/AD1J3wTY2g

Several Islamic countries such as Qatar, Kuwait, Saudi Arabia and Iran have reacted angrily to the insulting remarks and tweet by members of India’s ruling party, the BJP. These countries had summoned Indian ambassadors to register their protests. India had issued a clarification denouncing the act of blasphemy and termed those responsible ‘fringe elements.’

The BJP had removed Naveen Kumar Jindal from the party and suspended Sharma from the primary membership of the party for six years.

One Kuwaiti customer, Mutlaq Rashid, said that the insult to Prophet Muhammad (PBUH) had angered Muslims in his country. He said, “Boycotting Indian products is obligatory for every Muslim and every country because this is a matter concerning the Prophet (PBUH). All Islamic countries and Muslims must boycott Indian products so that our reaction has a big impact.”