Indian Idol judge Neha Kakkar has made a sensational revelation on how she did not get paid ‘at all’ in Bollywood even after giving a series of chartbusters in recent years. Pouring her heart out, Neha said that Bollywood producers did not pay her at all. According to the popular singer, she almost sang for free in Bollywood. 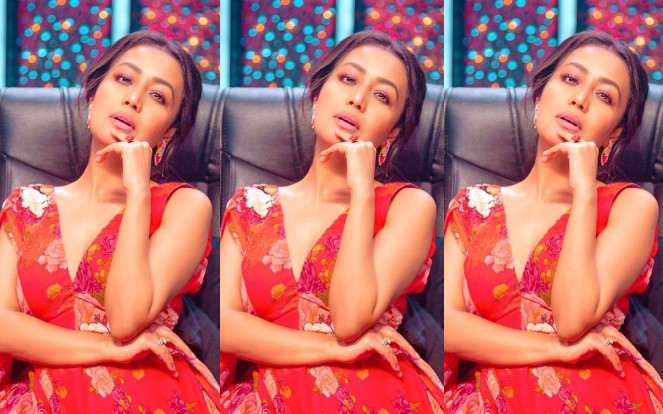 Her stunning claim has come a huge shock to her fans given that some of her recent tracks included Garmi (Street Dancer 3D), Aankh Marey (Simmba), O Saki (Batla House), Dilbar  (Satyamev Jayate) and Kala Chashma (Baar Baar Dekho). More recently, her Goa Beach  video with brother Tony Kakkar has become a rage of sorts after the song clocked close to 150 million views on YouTube alone.

Speaking about how she got paid next to nothing in Bollywood, Neha said, “We don’t get paid for singing in Bollywood at all. What happens is they feel that if we give a superhit song, the singer will earn through shows.”

Times of India quoted as saying, “I get a good amount from live concerts and everything, but Bollywood doesn’t have this scene. To make us sing a song, they don’t pay.”

Neha was recently in the news after she many reports claimed that she was set to get married to the Indian Idol host Aditya Narayan. She had to take to Instagram to publicly deny the rumours. Later, this year’s Indian Idol winner Sunny Hindustani revealed how Neha had rejected Aditya’s wedding proposals. Aditya also featured in her video Goa Beach.

On the work front, Neha’s next video will be in collaboration with Yo Yo Honey Singh. Produced by Bhushan Kumar of T-Series, Moscow Suka is scheduled to be released on 14 April. According to T-Series, the video by Honey Singh and Neha Kakkar ‘will blow your mind away!’