Indian Idol judge recently faced embarrassment on a LIVE TV when her fellow judge Himesh Reshammiya asked for details of her honeymoon with husband Rohanpreet Singh, who was a suitor of ex-Bigg Boss contestant Shehnaaz Gill aka Punjab’s Katrina Kaif. 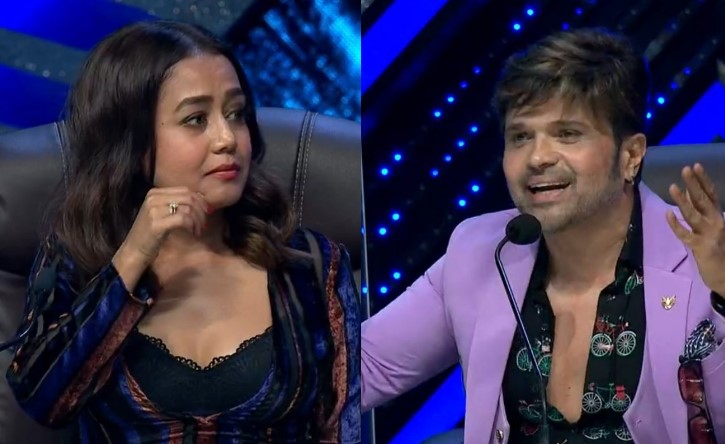 Himesh was determined to tease Neha with his mischief as he began to sing, “What had happened in Dubai?” Realising that Neha was beginning to feel embarrassed and wasn’t able to reply, Himesh decided to call the next contestant.

This weekend, Vishal Dadlani volunteered to quiz the other two Indian Idol judges under Neha’s weekly game Kitta Nahi Kitta by asking if they had ever lied to skip the shooting. While Neha and Himesh answered in the negative, Vishal confessed to not turning up for the shooting of Indian Idol in the last season by making a false excuse.

“I apologise for that,” Vishal said. But he wasn’t done yet as he asked Neha and Himesh if they had repackaged gifts to give to others after receiving them from someone else. Both denied ever doing so.

Neha and Rohanpreet tied the knot in Delhi in October this year before hosting a lavish reception in Punjab, the latter’s home state. Both had then left for Dubai on a honeymoon. While in Dubai, a video of  Rohanpreet was seen hiding his face in embarrassment after catching a glimpse of a few swimsuit-clad women at a beach. This had prompted Neha to encourage her husband to enjoy the ‘view.’

Rohanpreet is a former singing reality show contestant, who had emerged as the first runner-up of India’s Rising Star. He had also taken part in another reality show as a suitor of former Bigg Boss contestant Shehnaaz Gill aka Punjab’s Katrina Kaif.