Last week, the internet exploded with reports of Indian Idol judge Neha Kakkar’s pregnancy. The popular singer’s fans were stunned to see Neha sharing a photo of her baby bump with her husband Rohanpreet Singh, who was a suitor of ex-Bigg Boss contestant Shehnaaz Gill aka Punjab’s Katrina Kaif. But, as it emerged, Neha appeared to have triggered the pregnancy rumour to promote her upcoming music video featuring the newlywed couple. 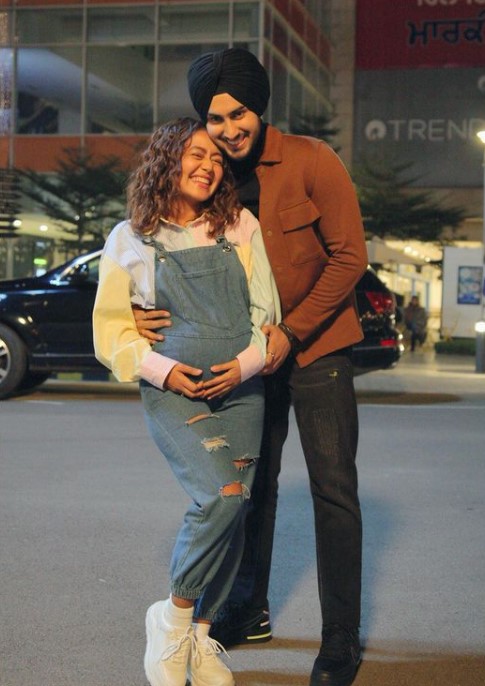 This was after Neha once again took to Instagram to share the same photo of herself with a baby bump to announce that this was the cover of her upcoming music video Khyal Rakhya Kar. The new caption read, “#KhyaalRakhyaKar 22nd December ♥️?.”

This once again left her fans fuming, many of who felt that the singer should have avoided playing a prank about something so personal to her life. One wrote sarcastically, “Tomorrow you deliver a baby and make a music video on that too.” “There’s a limit to cheap publicity sister. What stopped you from sharing this poster earlier?” asked another fan.

Last week, several top celebrities had congratulated Neha after her social media post implied that she was pregnant. While sharing the photo of her baby bump, Neha had used a hashtag to express her feelings as she wrote, “#KhyaalRakhyaKar.” The hashtag loosely translated as ‘take care of yourself.’

Her husband Rohanpreet had commented, “Ab Toh Kuch Zyada Hi Khyaal Rakhna Parhega Nehuuuu (I will have take care of you even more Nehu) ??❤️?.” Neha’s brother Tony had written, “Main mama ban jaaunga ♥️??? (I will become an uncle).”

Kapil Sharma, who had recently welcomed Neha and her husband on The Kapil Sharma Show, too had commented, “Congratulations ?God bless ❤️.”