India on Wednesday defeated West Indies by 119 runs in the third ODI of the series. The visitors won the series 3-0 by completing a whitewash. 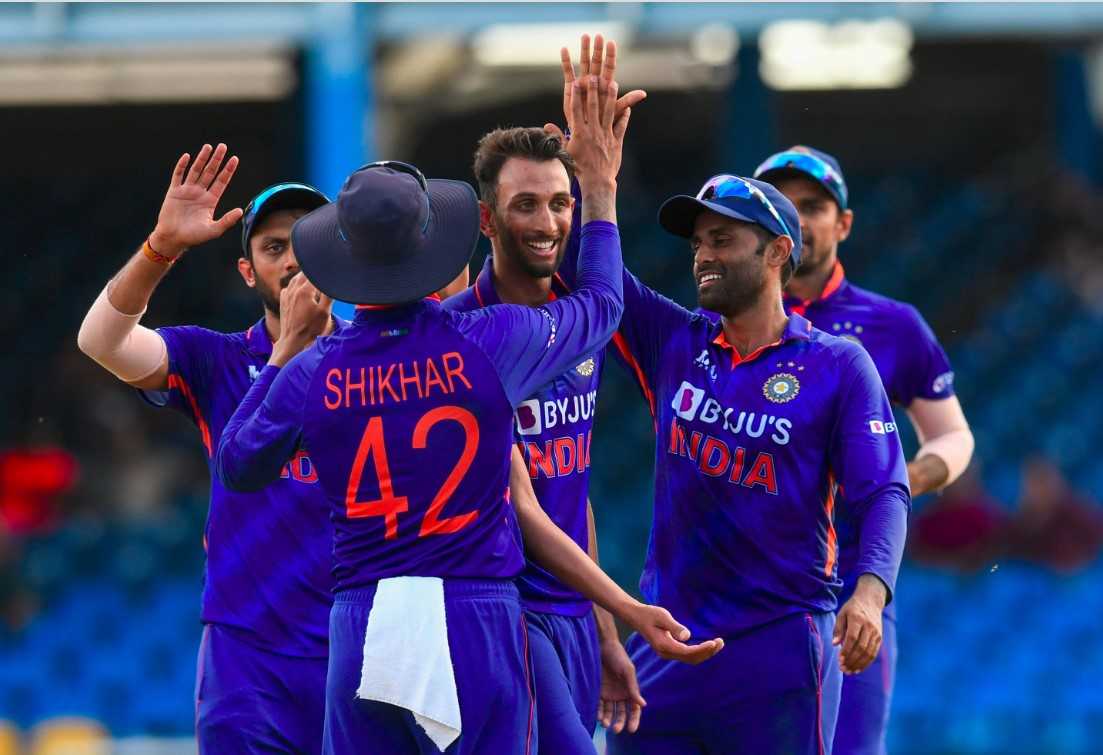 Batting first in the rain-affected match, India made 225-3 in 36 overs. Shubman Gill remained unbeaten at 98 from as many deliveries, while skipper Shikhar Dhawan made 58.

West Indies needed to score 257 in 35 over under the revised target, but the hosts were bowled out for 137 in 26 overs.

Brandon King and Nicholas Pooran made 42 runs each while rest of the batsmen simply failed to shine with the bat.
Yuzvendra Chahal picked up four wickets, while Mohammed Siraj and Shardul Thakur shared two wickets each.