Even though Radhika Merchant has not officially become a member of India’s richest family, Mukesh and Nita Ambani have often been seen treating her with no less affection than their daughter-in-law Shloka Mehta. Radhika, who’s dating Anant Ambani, has accompanied Nita Ambani to public events on innumerable occasions. In a rare video, Mukesh and Nita Ambani are seen publicly endorsing their relationship for the first time as they recently introduced the couple during an event organised to celebrate the New Year in Gujarat’s Jamnagar. 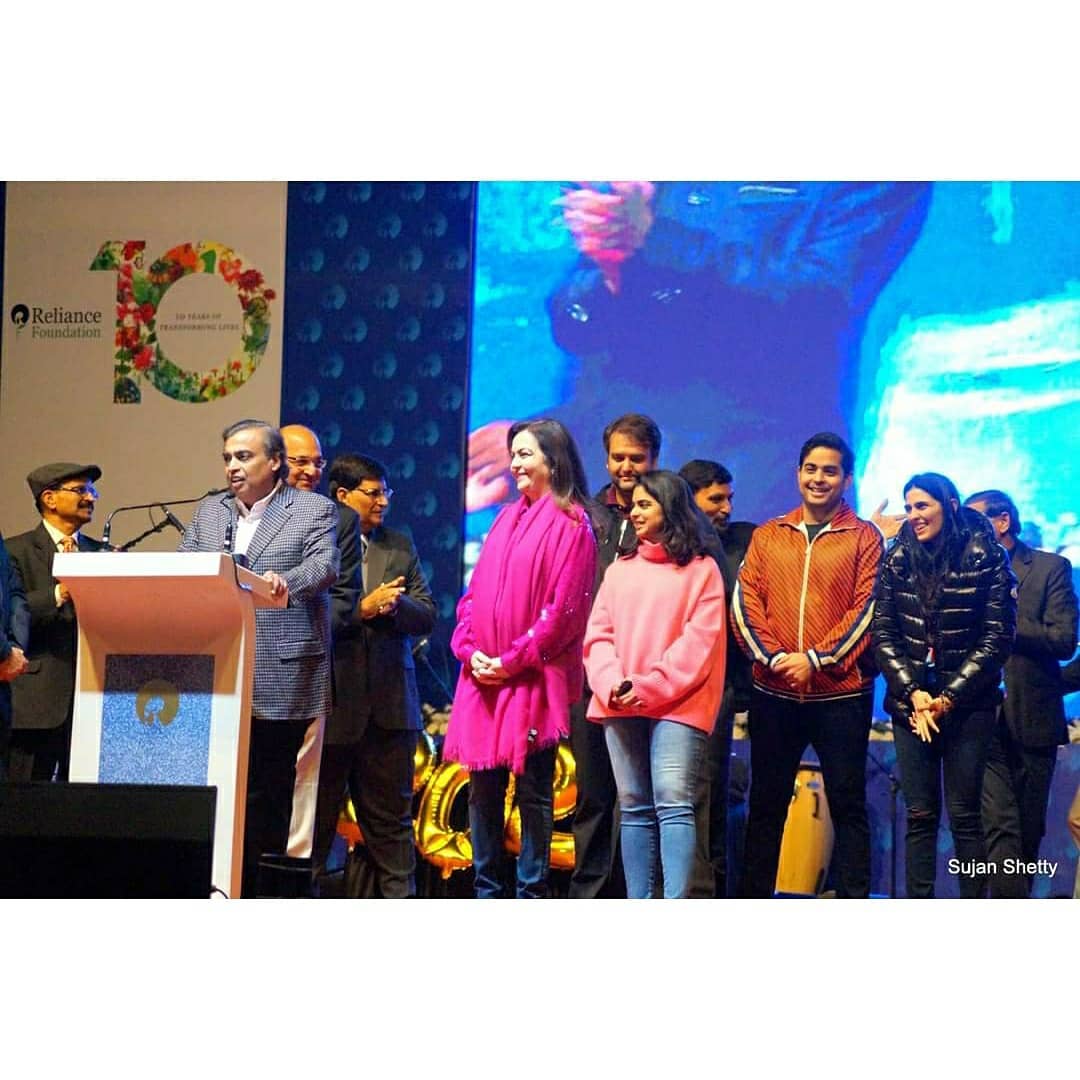 In the video, Mukesh Ambani is seen addressing the employees of Reliance Industries in what’s known as the annual Reliance Family Day function. Mukesh Ambani starts by greeting his employees, “To my dearest Reliance family in Jamnagar. A very Happy New Year to all of you.”

Asia’s richest businessman then shifts his attention to his children and their spouses as he says, “I’ve always considered the entire Reliance family as my family and 2019 was a special year for us we added to our family. Akash and Isha got both married.”

Ambani then asks his children to come forward on the stage. “Akash and Shloka please come and wish everybody,” orders the senior Ambani. As obedient children, both Shloka and Akash greeted the audience.

A post shared by Shloka Ambani Encyclopedia (@shlokaakashambani_fp) on Jan 6, 2020 at 2:11am PST

The next to be called by Mukesh Ambani were Isha and her husband Anand Piramal. “Isha and Anand. Come here Isha. Next to me. Come both of you. Isha come on.” But the loudest cheers was reserved for Anant and Radhika as Mukesh Ambani called their names.

While Shloka was dressed in a black puffer jacket with a pair of matching tights, Isha had chosen a pink turtle-neck jumper with blue jeans.

In another video, the Ambani family members were seen entering the venue for the New Year celebrations as famous Dekha Na Haye Re track from Amitab Bachchan-starrer Bombay to Goa played in the background. Shloka and Akash were seen walking with Mukesh and Nita Ambani amidst tight security cover.