Tennis star Sania Mirza’s sister Anam Mirza and former India captain Mohammed Azharuddin’s son Asaduddin have become a new rage on the internet after they tied the knot. The couple had recently embarked on a week-long honeymoon trip to Europe, where they crossed the Arctic Circle, met Santa Claus and floated on freezing cold water among other things. However, their latest video of an impromptu dance near the iconic Eiffel Tower in Paris has set the internet on fire. 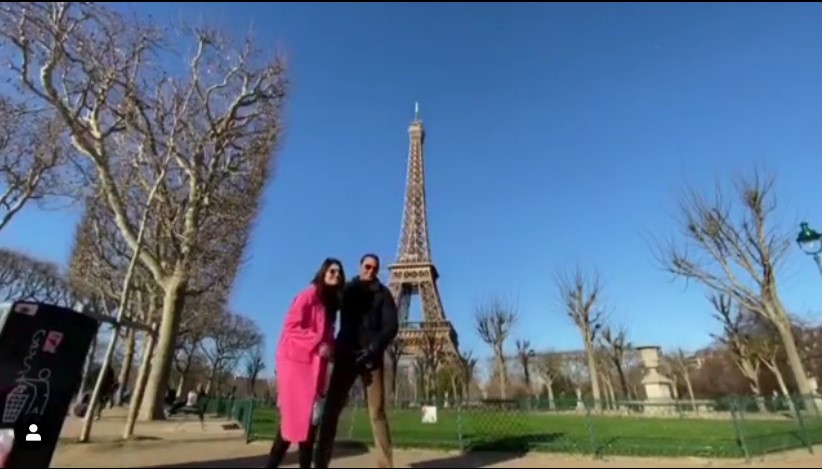 In the video shared by Anam, the couple are performing a romantic dance to the track You Put Your Arms Around Me by Christina Perri. With Eiffel Tower, a symbol of romance, in the background, both Anam and Asad are seen pouring their hearts out for each other as they conclude their honeymoon. Anam rightly thanked God for ‘everything’ as her caption read, “Alhamdolillah for everything.”

The video earned instant plaudits from their fans. One wrote, “Mashallah. May you two be blessed with all the happiness in the world.” Others termed the video ‘cute’ and ‘beautiful.’

Asad too shared a photo of themselves from the same location as he wrote, “To her favourite place.”

To her favourite place #Paris ♥️♥️

Asad’s father Azhar was in the news recently after a travel agent named him in a police complaint along with two others alleging fraud. An angry Azhar had threatened to sue the travel agent for Rs 100 crore.