Cricket’s world governing body, the ICC, has hailed India’s World Cup hero Joginder Sharma for his fight against the coronavirus pandemic. The ICC took to Twitter to term Joginder a ‘real world hero.’ 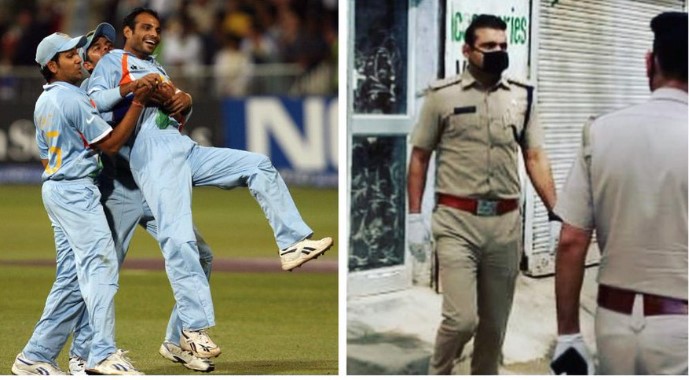 The ICC posted a photo of Jodinger celebrating the wicket of Pakistan’s Misbah-ul-Haq in the inaugural edition of the T20 World Cup in 2007. It also shared another photo of the former India cricketer in a police uniform while helping his home state Haryana in its fight against coronavirus pandemic.

While sharing the photo, the ICC tweeted, “2007: #T20WorldCup hero Trophy, 2020: Real world hero, In his post-cricket career as a policeman, India’s Joginder Sharma is among those doing their bit amid a global health crisis.”

In his post-cricket career as a policeman, India’s Joginder Sharma is among those doing their bit amid a global health crisis.

Indian captain Mahendra Singh Dhoni had stunned everyone by asking Joginder to bowl the last over in the final of the first-ever T20 World Cup played in South Africa in 2007. Pakistan needed 13 runs off the last over to become the first-ever champions of the T20 World Cup. They were 146/9 and Misbah was still on the crease. Misbah hit Joginder for a huge six but misjudged the Indian bowler’s third delivery as he tried to paddle it to the boundary in the fine leg. But he ended up handing an easy catch to S Sreesanth. This proved incredibly costly for Pakistan as India went on to lift the trophy.

However, despite his heroics in the final, Joginder’s cricket career did not take off. He announced his retirement from all forms of cricket in 2018. He’s currently serving as the Deputy Superintendant of Police in Haryana and is busy helping the government fight the coronavirus pandemic, which has already claimed 19 lives in India.