IAS topper Tina Dabi and her second husband Dr. Pradeep Gawande had stunned fans by quitting Instagram immediately after their marriage understandably to avoid trolls. However, the IAS topper made her come back on Instagram with an adorable ‘about last night’ video. Tina has also announced that she now had a new name, Tina Pradeep Gawande. 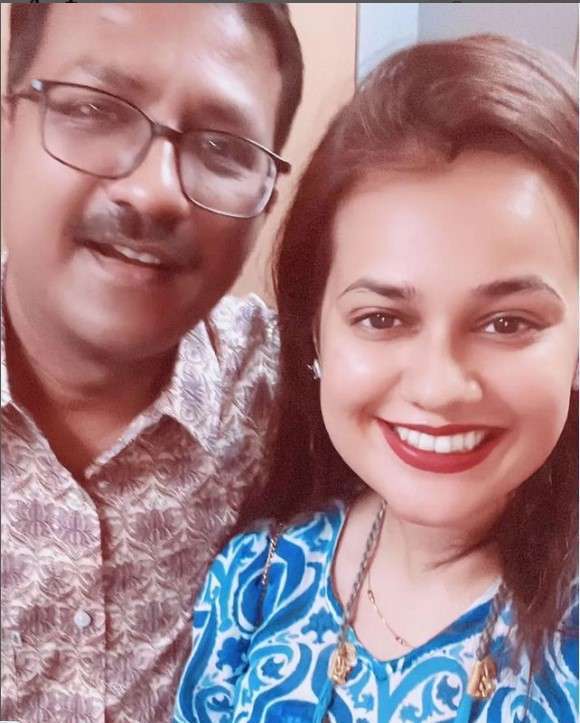 Tina shared a video from the dinner party hosted by their close friends Srishty Singh and Vikram Pratap Singh. Sharing the video, Tina wrote, “About last night ✨💯 Thanks to Srishty and Vikram for hosting the amazing dinner. ♥️”

Tina also shared another photo with her husband Pradeep as the couple completed one month since their wedding last month.

Tina, who was earlier married to fellow IAS topper Athar Aamir Khan, exchanged wedding vows with Pradeep in Jaipur last month after separating with her first husband through a mutual divorce. Pradeep is older than her by 13 years and senior in the profession by three years. Reacting to the age gap of 13 years, Tina had said that this did not matter to her since her husband was a great human being.

Trolls had targeted Tina and her husband after their marriage, forcing them to leave Instagram.

Tina was recently in the news once again after a politician from Uttar Pradesh stirred the hornet’s nest by raising fresh questions about her caste. Former Samajwadi Party candidate in assembly polls, Roli Tiwari Sharma, had shared a couple of screenshots from media reports to take a dig at Tina for her decision to avail the reservation in the UPSC exam. Mishra had asked if it was appropriate for a financially well-off Tina to become an IAS officer when the same could have been availed by a more-needed Dalit candidate.